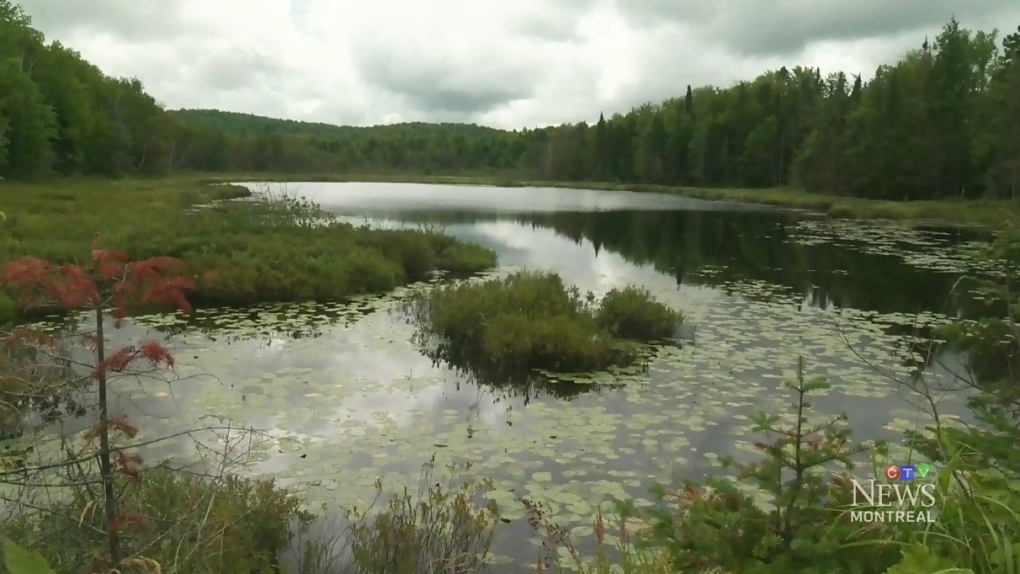 Quebec's Lac a Ti-Negre. The Quebec Toponomy Commission has decided to rename 11 natural sites that include rapids, a lake and a burial site that contain the N-word.

The commission responsible for managing Quebec's place names has announced it will rename 11 sites around the province that contain the "N-word."

A press release released Friday by the Quebec Toponomy Commission notes that sites such as N***** Rapids in Gatineau, and "Riviere du Negre" in the Eastern Townships may have historical roots. However, it concludes that the historic meanings do not outweigh the words' offensive natures.

The statement acknowledges that the English version of the word has "highly offensive" connotations, while the French version has become derogatory over time.

As a result, the commission says it will rename almost a dozen locations to reflect the province's "diversity."

The decision comes after a petition against the insulting names racked up nearly 2,000 signatures last month.

The letter, addressed to Quebec's National Assembly, said both the French and English words are "terms … of debasement for people with African descent."

It called for the provincial government to change the locations' names, officially acknowledge the words as debasing, and rename the sites in a more respectful way.

It also asked, specifically, for the province to rename the Gatineau rapids.

According to the Toponomy Commission, the rapids got their name when a group of First Nations and a priest, Father Guignard, discovered the bodies of a black couple who had drowned in the Gatineau River in 1912.

On its website, the commission says the priest buried the couple beside the rapids and officially named that section of the river to "keep their memory alive."

More than 100 years later, however, the petitioners and province agree that the name does not properly honour the couple who lost their lives.

While the commission says it hasn't decided on replacement names, it says it will study the history of each of the 11 sites, and ensure that the new titles respect the entire Quebec community.

With files from CTV Montreal