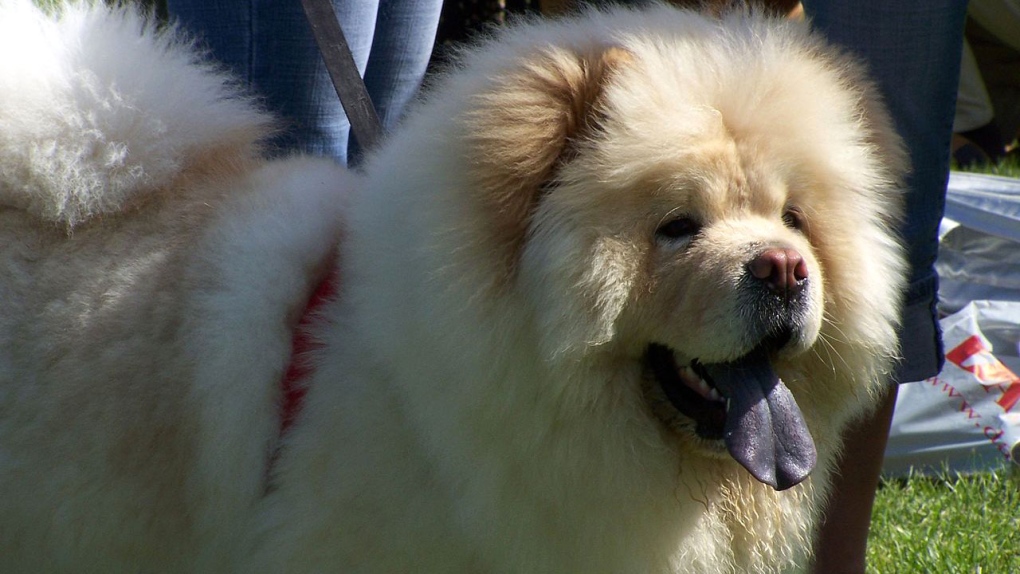 FILE - A chow chow dog is seen in this file photo. (Wikipedia/Remigiusz Jozefowicz)

MONTREAL -- A Quebec man whose frisky husky impregnated a neighbour's chow chow has been ordered to pay about $800 in vet fees and court costs.

According to a judgment last month, the Shawinigan-area husky broke into a fenced yard that was home to the chow chow, Bella, last spring.

Quebec court Judge Alain Trudel wrote that, "thanks to the husky's handiwork, Bella found herself with an unexpected pregnancy." The dog underwent surgery to terminate the pregnancy.

The owner of the husky did not appear in court to give his version of events, and the judge found in favour of Bella's owner, awarding her $711.50 plus interest and another $101 in court costs.

Trudel came to his ruling based on the testimony of Bella's owner and a municipal employee.

He noted that Quebec's Civil Code makes an owner liable for damages caused by his animal, even if it is being cared for by someone else or has escaped.