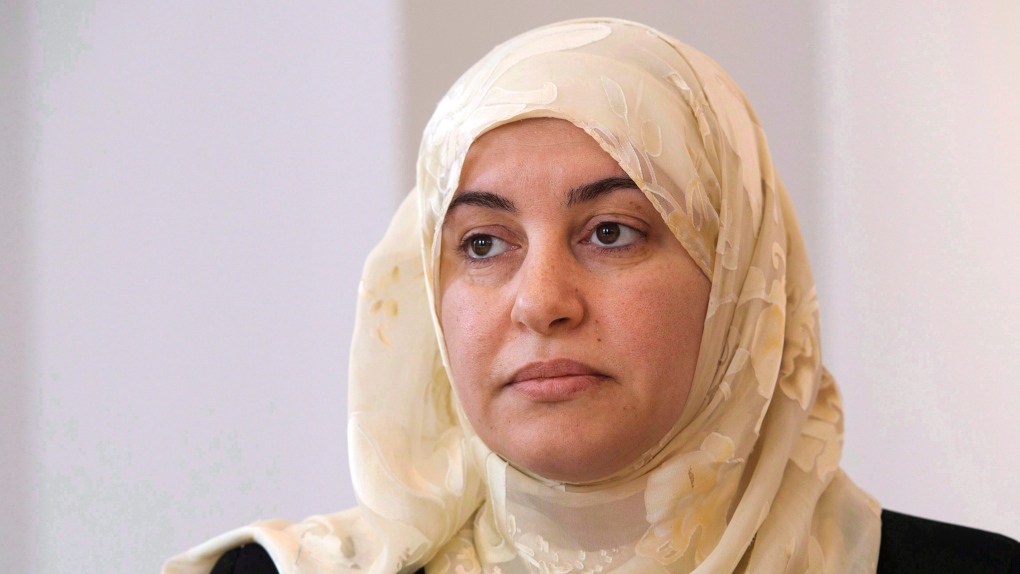 MONTREAL -- An investigation into a judge who tried to force a woman to remove her hijab in the courtroom will proceed, Quebec's judicial council said Tuesday

Esther Boivin, a spokeswoman for the body that supervises the conduct of judges, said the next step is to set a date for the hearings regarding Quebec court Judge Eliana Marengo.

Last week, Quebec's top court rejected Marengo's request to have the investigation stopped after she claimed it violated her judicial independence.

In 2015, Marengo refused to hear a case involving Rania El-Alloul because the latter refused to remove her Islamic head scarf while in the courtroom.

El-Alloul was violating a Quebec law stipulating people must be "suitably dressed" in the courtroom, Marengo said at the time.

"In my opinion, you are not suitably dressed," Marengo told El-Alloul, according to court documents. "Decorum is important. Hats and sunglasses, for example, are not allowed. And I don't see why scarves on the head would be either.

"I will therefore not hear you if you are wearing a scarf on your head, just as I would not allow a person to appear before me wearing a hat or sunglasses on his or her head, or any other garment not suitable for a court proceeding."

The judge's comments triggered numerous complaints to the judicial council, which decided 28 of them were founded and in June 2016 formed a committee to investigate Marengo's conduct.

Marengo asked the Quebec Superior Court to force the judicial council to end its investigation and lost.

She brought her case to the Quebec Court of Appeal, which also ruled against her.

"(Marengo) does not show any error justifying the intervention of the court," read the decision signed by all three justices who heard the appeal.

"The continuation of the inquiry by the committee, while a delicate exercise in the circumstances, is the only possible avenue for an enlightened justice."

Boivin was unable to say how long it would take for the judicial council to set a date for hearings to begin or how long its investigation will take.

In addition to filing a complaint against Marengo, El-Alloul asked Quebec Superior Court to declare Marengo breached her right to freedom of religion, and to declare she had the right to be heard in Quebec court wearing a hijab.

The court in 2016 rejected both of her requests.

Julius Grey, one of El-Alloul's lawyers, said that ruling is under appeal and that therefore he did not want to comment on any of the legal issues involving his client.

El-Alloul had said she felt "deeply humiliated" by the judge's conduct, according to court documents.

"I felt that I was forced to choose between my sincerely held beliefs and my fundamental right to be heard by a court on an application that was important to me," she said.

A spokesman for Marengo's legal team said Tuesday there would be no comment.