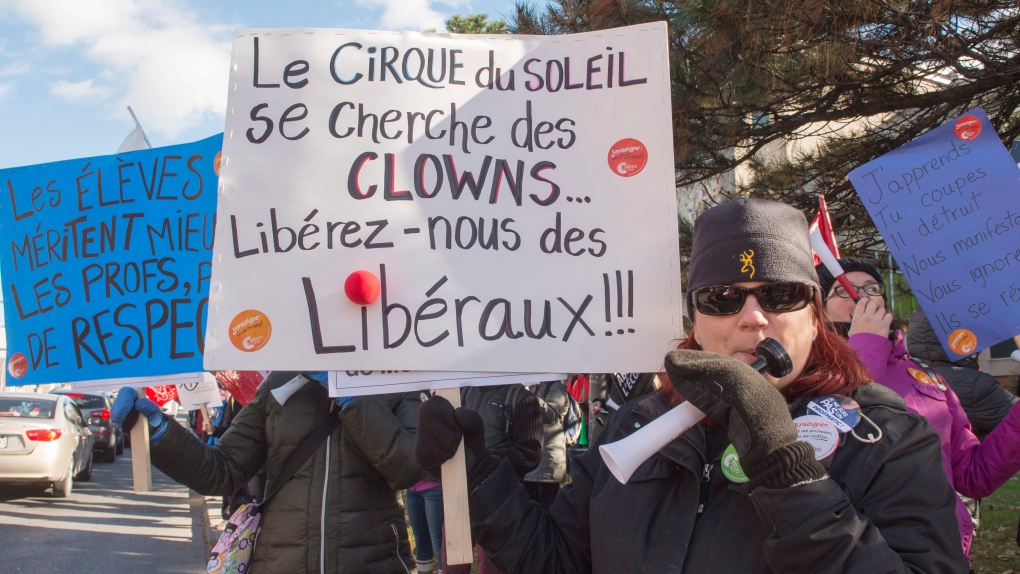 QUEBEC -- The Quebec government and a common front of unions representing some 400,000 public sector workers say they have reached a tentative contract agreement.

Both sides emerged from marathon talks late Thursday to announce a breakthrough after months of tense negotiations.

The leaders of the five unions had started intensive talks Wednesday with Treasury Board president Martin Coiteux.

One union leader, Louise Chabot, didn't offer any details on the terms of the deal such as salaries or pensions.

"The work was rigorous and fruitful," said Chabot.

Moments later, Coiteux appeared and would only say the deal reflects budget constraints the province had outlined going into the difficult negotiations that have spanned nearly a year.

The government offered workers a five-year package that included a salary freeze for the first two years, followed by a one per cent annual increase over three years.

The unions countered with an offer of 6.9 per cent over three years, down from the 13.5 per cent they asked for initially.

The 400,000-strong common front comprises some of the province's most influential labour groups.

Each union must now submit the proposed agreement to its membership.