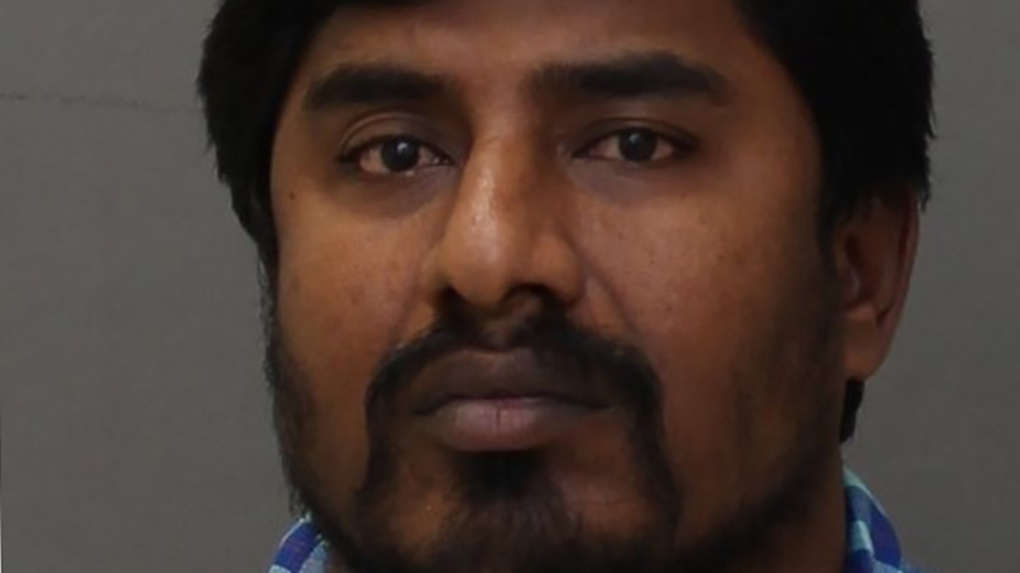 Murali Muthyalu, 37, has been charged with witchcraft, extortion and fraud. (Toronto Police photo)

TORONTO -- Police in Toronto say a psychic has been charged with pretending to practise witchcraft after a customer allegedly paid more than $100,000 to have an "evil spirit" removed.

Investigators say the 37-year-old accused advertised his services as an astrologer and psychic in February and March.

They allege a 44-year-old man who consulted the accused for psychic services earlier this month was told a sick family member had been the victim of an evil spirit.

Police say Murali Muthyalu, a visitor from India, is charged with pretending to practise witchcraft, fraud over $5,000, and extortion.

Investigators allege the accused used an alias of Master Raghav and are asking anyone who has had dealings with him to contact police.