Property in Surrey, B.C., searched on suspicion of cockfighting 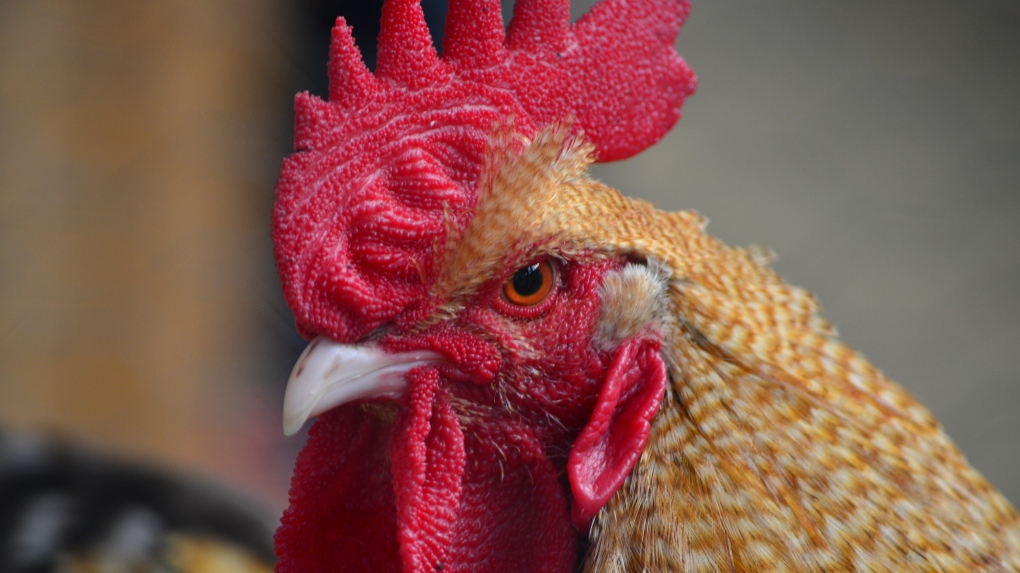 Photo of a rooster. (Pexels)

SURREY, B.C. -- The BC SPCA executed a warrant at a Surrey property it believes was connected to cockfighting on Saturday.

"We did not seize any birds, but we did seize evidence from the property and are currently processing this to determine if an offence has been committed," wrote Marcie Moriarty, chief prevention and enforcement officer, in an email.

The society obtained the warrant under the suspicion an offence was committed under one of two sections of the criminal code.

The first section outlines that any person who "in any manner encourages, aids, promotes, arranges, assists at, receives money for or takes part in" bird fighting, or trains, transports or breeds birds to fight is committing an offence.

The second section states it is an offence to build, make, maintain or keep an area for animal fighting, or allow one to be established on a property the person owns or occupies.

If convicted under a summary offence, a person faces a maximum $10,000 fine and up to 18 months in prison, said Moriarty. Under a indictment or as a second offence, the incarceration time lengthens to up to five years. Individuals may also receive a lifetime ban on owning birds or animals, or living in the same premises as them.

A recently passed bill expanded provisions for animal fighting laws. Bill C-84 expanded what level of involvement in animal fighting constitutes a crime by adding promotional activities and training animals, among other things.

"The new legislation enabled us to move forward with this warrant, which is good," wrote Moriarty.

It is too early to identify individuals or specific recommendations for charges, she said, adding the BC SPCA will provide an update if charges are recommended and approved.

This report by The Canadian Press was first published on Oct. 6, 2019