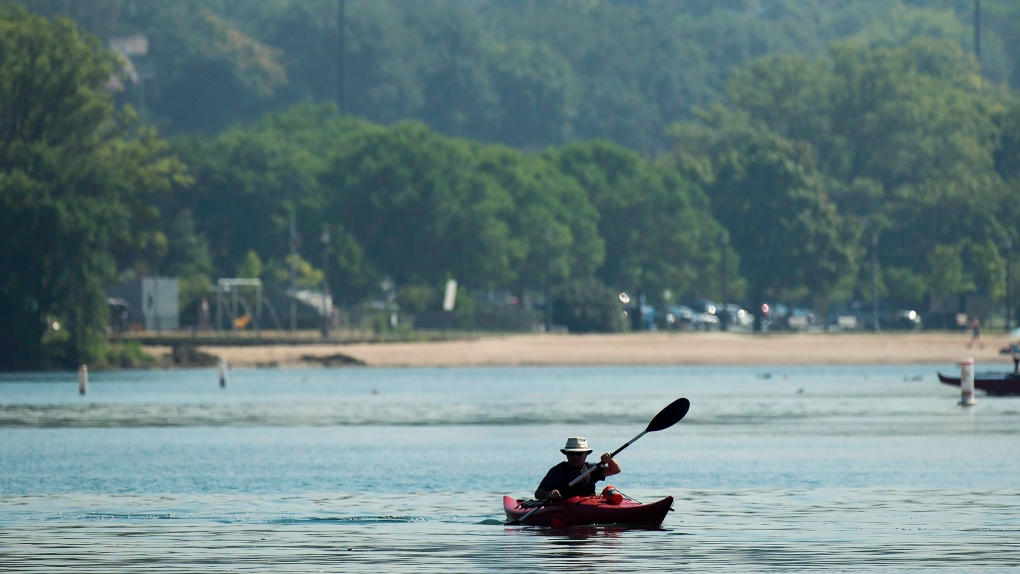 A man kayaks in Lake Ontario on a warm sunny day in Toronto on Friday, August 19, 2016. THE CANADIAN PRESS/Nathan Denette

Most Canadians may have missed out on spring, but one of the country's most prominent weather forecasters says they'll likely get to enjoy a more seasonal summer.

The Weather Network is calling for slightly warmer than normal temperatures across most of the country, with Ontario and Quebec slated for the longest stretches of significant heat.

But Chief Meteorologist Chris Scott says the summery conditions in central Canada may come with a price, predicting precipitation levels somewhat above seasonal norms throughout June, July and August.

Scott says the season may get off to a slow start in the Atlantic provinces, but forecasts more typical summer weather patterns towards the end of June as well as above average storm activity throughout the region.

He's also expecting to see higher precipitation across much of the prairies, noting the same weather that may complicate spring planting for regional farmers is slated to give way to favourable harvest conditions by season's end.

Scott says a cooler month of June in British Columbia and the Yukon is expected to lead to temperatures that are slightly above seasonal norms, while average temperatures in Nunavut and the Northwest Territories are projected to fall below levels recorded in a typical summer.

Scott said regular shots of rain and cool air across most of the country will prevent the warmer-than-average summer from feeling like an "all-out scorcher," but said those pining for patio weather may still be dissatisfied with the forecast after living through a month of May that saw conditions swing from snowfalls to heatwaves in the course of weeks.

"If you're lamenting that you seem to have skipped spring where you live, there's going to be some spring weather still in June," Scott said in a telephone interview. "So we're not all in on summer yet, but it is on the way."

Scott said the hot, humid conditions expected to dominate in Quebec and Ontario are currently projected to stretch beyond the summer months and into September.

He said the main wildcards for meteorologists remain the hurricane season in the Atlantic provinces and forest fire risks farther west, particularly in British Columbia.

Scott said the forecast suggests the latter may pose less of a concern than in recent years, but notes it only takes one blaze to cause widespread disaster.