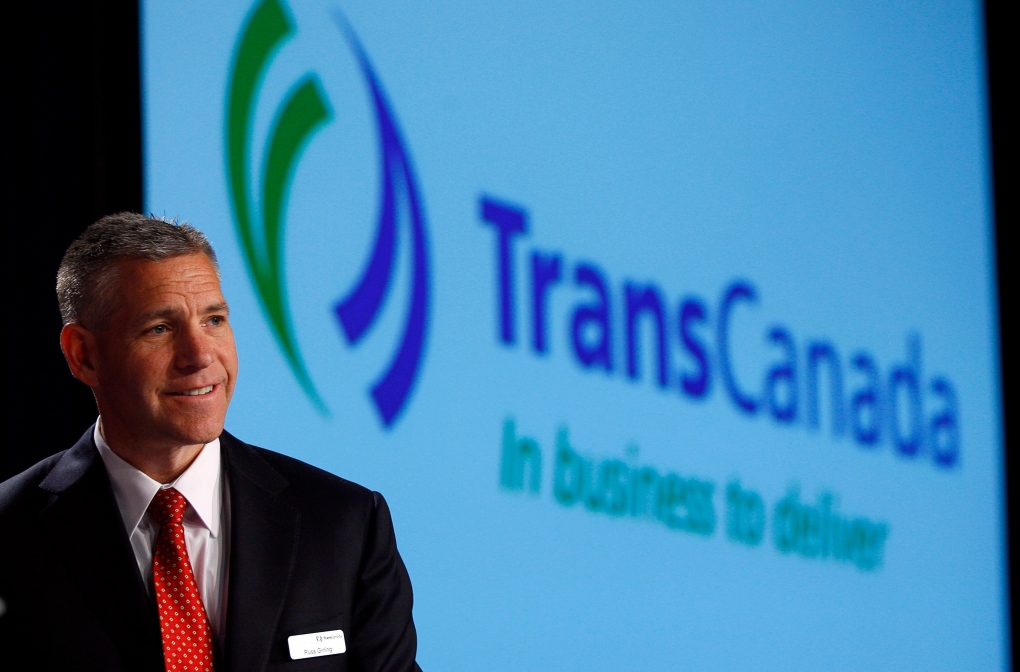 CALGARY -- Liquefied natural gas will be a "major driver" of TransCanada Corp.'s growth in the years ahead, CEO Russ Girling said Wednesday as the pipeline giant announced a new, $5-billion project to connect northeastern B.C. gas to Asia via the West Coast.

The Calgary-based company (TSX:TRP) announced Wednesday that it will design, build, own and operate the proposed Prince Rupert Gas Transmission project for Progress Energy, which is now a subsidiary of Malaysian state-owned firm Petronas.

TransCanada will also spend as much as $1.5 billion to extend an existing transmission line to serve Progress and other gas suppliers in northeastern B.C.

"I think what we've determined in North America is that we have more resources than we're going to need for our own consumption and the focus therefore has turned to export markets," Girling said in a phone interview from Prince George, B.C.

"Western Canada has one of the largest and best deposits of shale gas in North America and it has a great opportunity to capture a significant share of the growth in the global LNG market by putting these kinds of projects together."

The trend, he said, is "pretty darn exciting" for British Columbia and Canada.

"I don't think that we've seen yet the total magnitude of the LNG opportunity for B.C. or for Canada yet," Girling added.

"That will come as we see these various companies develop the resource and we have a better view of just how big the resource is. I think it's going to be bigger than most people think."

Progress is proposing to build a facility on Lelu Island near Prince Rupert, B.C., where natural gas will be chilled into a liquid state, enabling it to be shipped by tanker to lucrative markets across the Pacific.

This is the second such project to be awarded to the pipeline giant in the past year.

In June, TransCanada was chosen by a consortium that included Royal Dutch Shell and three Asian partners to build the $4-billion Coastal GasLink pipeline between northeastern B.C. shale fields and an LNG facility proposed for Kitimat, B.C., southeast of Prince Rupert.

Progress was recently acquired by Malaysia's state-owned energy company in a $6-billion deal that was approved by Ottawa in December.

When the deal's approval was still in doubt, Progress said the size and scale of the LNG project -- called Pacific Northwest LNG -- would depend on the review's outcome.

Without the takeover, and under a previously inked joint-venture deal with Petronas, Progress said the facility would include two plants each processing 3.8 million tonnes of gas annually.

However, with Petronas now in control of all of Progress' northeastern B.C. land, each plant will process six million tonnes annually -- a 60 per cent increase over the other scenario.

TransCanada began talks with Progress and Petronas shortly after they announced their joint venture in the summer of 2011, and talks got more detailed about a year later when the two companies announced the friendly takeover deal.

"We had been working with them on sort of both scenarios that could have occurred," said Girling.

For instance, a smaller LNG terminal would have required a smaller pipe -- probably 42 inches instead of 48.

TransCanada, one of North America's largest pipeline companies, has sparked widespread debate among politicians, environmentalists and local groups over its efforts to build the Keystone XL oil pipeline between Alberta and refineries in the southern United States.

But TransCanada also has a long history of operating natural gas lines in Canada and the United States.

While oil pipelines, such as Enbridge Inc's (TSX:ENB) Northern Gateway pipeline, have been controversial, there has been less consternation around natural gas projects in the province.

For instance, B.C. Premier Christy Clark has said oil pipelines would only be allowed through the province if five environmental, First Nations and economic conditions are met. But she has cheered the province's burgeoning LNG industry, touting it as being on the same scale economically as Alberta's oilsands.

"The announcement further demonstrates (TransCanada's) ongoing efforts to secure earnings growth beyond Keystone XL in the latter half of this decade," he wrote in a note to clients.

"These projects provide critical revenue to governments that support essential social programs," he said in a statement.