A group making and selling illegal handguns using legal parts has been busted in the Toronto area after an eight-month investigation that culminated in a massive raid last week, Ontario Provincial Police said Tuesday.

Police believe more than 120 handguns are linked to the group and were distributed to criminals in the region. They called the homemade guns -- which can't be traced through serial numbers the way industrially manufactured guns can -- an emerging and troubling trend.

The force laid more than 150 charges against 23 people, seized 14 handguns, 6 long guns including a machine-gun and an assault rifle, grenades, silencers, a stun gun and body armour. 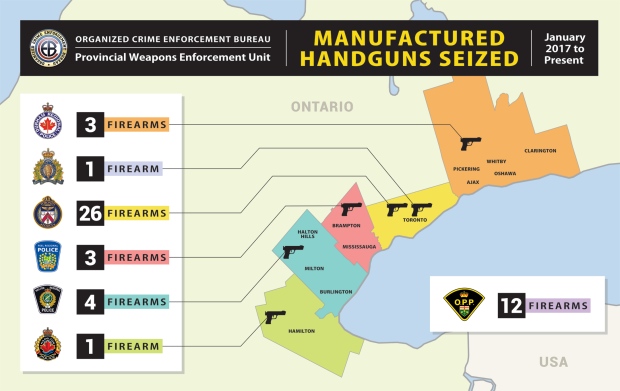 The handguns were made entirely in Canada from parts that can be legally purchased in the country and internationally, said Supt. Bryan MacKillop, who is with the force's organized crime enforcement bureau. The weapons sell for about $2,500 on the street, he said.

"Those unregulated parts can be combined to create restricted firearms," MacKillop said. "This is a significant concern for us, so much so that we are working with lawmakers as well as industry to find some solutions."

MacKillop said police first noticed the untracebale illegal firearms in 2017, with the weapons being used by criminals with links to gangs and those trafficking humans and drugs. 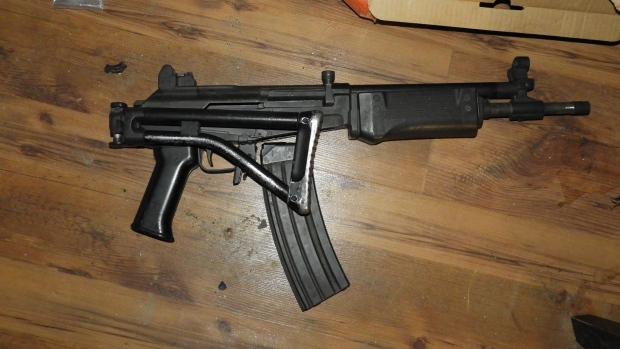 In April, the OPP launched Project Renner with help from five other area forces in an effort to trace the guns.

MacKillop said their investigation led them to two alleged ringleaders of the group. Bruce McKinnon, 47, of Rockwood, Ont., and Jon Rasmussen, 29, of Smithville, Ont., each face more than two dozen charges.

"To be able to find this group that's manufacturing and distributing guns is actually quite unique and is a big deal," MacKillop said.

"The question is are there regulatory changes that could occur that might be able to assist law enforcement in tracing these untraceable handguns?" MacKillop said, adding that he hopes lawmakers can find help find a solution. 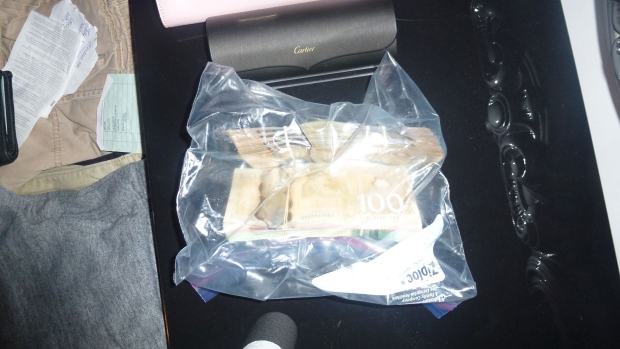 Police said they also seized 1.2 kilograms of cocaine, 30 grams of methamphetamine, 13 grams of heroin, 66 fentanyl tablets and $85,000 in cash, as well as a property and four vehicles.