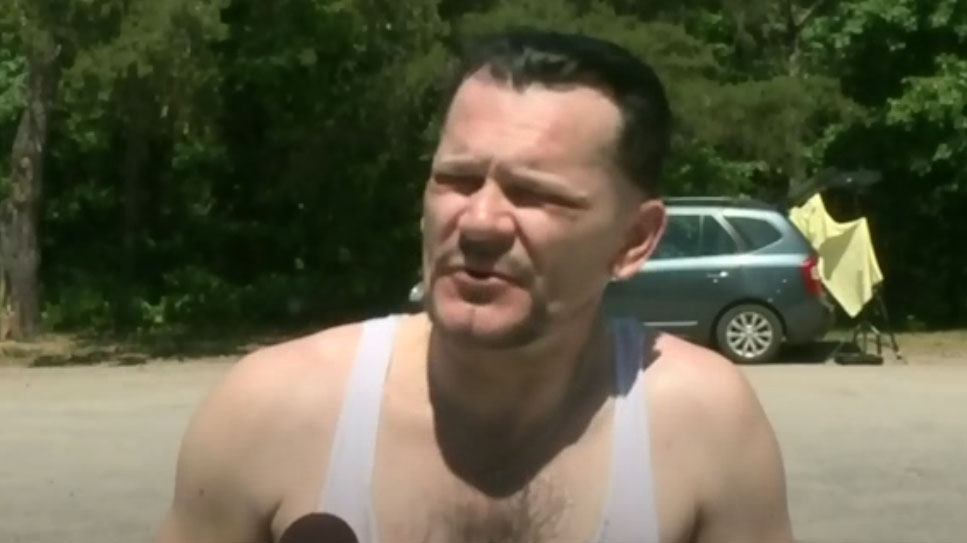 Troy Hurtubise speaks to CTV News at a 2016 test of his Ursus Mark VIII bear suit.

The OPP have identified Canadian inventor Troy Hurtubise as the man who died in a fiery collision on Highway 17 west of North Bay last weekend.

The OPP have confirmed that the 54-year-old was the driver of a passenger vehicle that collided with a transport truck carrying gasoline, sparking an explosion that shut the highway in both directions for hours on June 17.

The transport truck driver suffered minor injuries, but Hurtubise’s body was discovered inside the burned passenger vehicle. His identity was later confirmed by the Office of the Chief Coroner and the Ontario Forensic Pathology Service.

Hurtubise, the inventor of the ‘Ursus Mark VI’ – a suit of armour designed to protect the wearer from bear attacks -- became world famous after the release of the 1996 documentary, “Project Grizzly.”

The documentary, produced by the National Film Board, shot Hurtubise to fame around the world, with a cult following that included such celebrities as Quentin Tarantino.

Hurtubise continued inventing until his death, taking to GoFundMe with his most recent projects, Vulkanite-H and Pandora’s Box, which he claimed were a super strong and flexible material, and a device to capture dark matter.