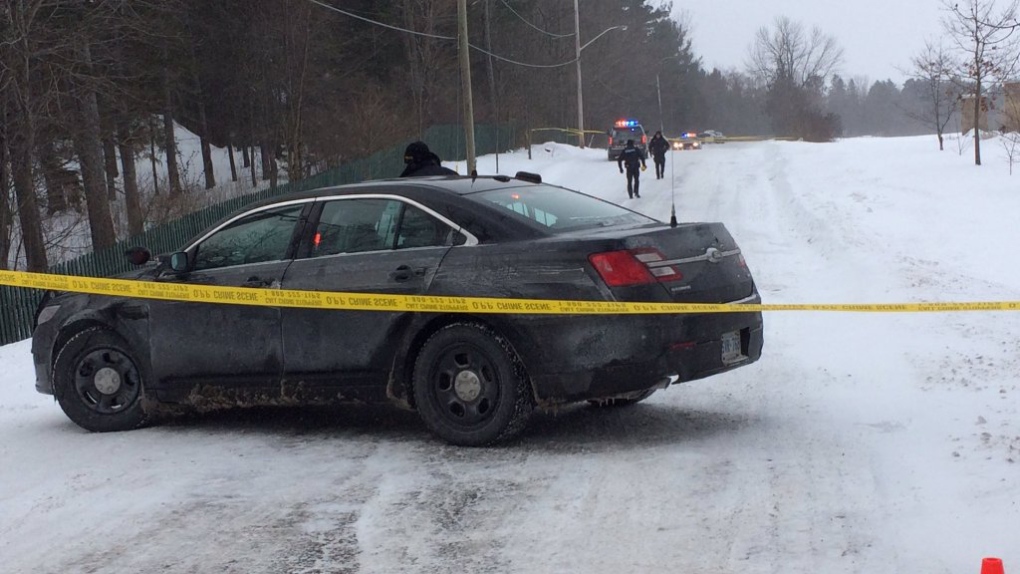 OPP have cordoned off a section of road in Almonte, Ontario after an early morning shooting. Credit: Alison Sandor/CFRA

Officers responding to a call on the morning of Feb. 11 found 65-year-old Bernard Cameron dead at the scene and have determined his death was a homicide.

Acting Det. Insp. Mark Zulinski says she was the victim of an attempted murder.

Police say they believe there was no foul play involved in the death of 33-year-old Travis Porteous, who was taken to hospital and later died of his injuries.