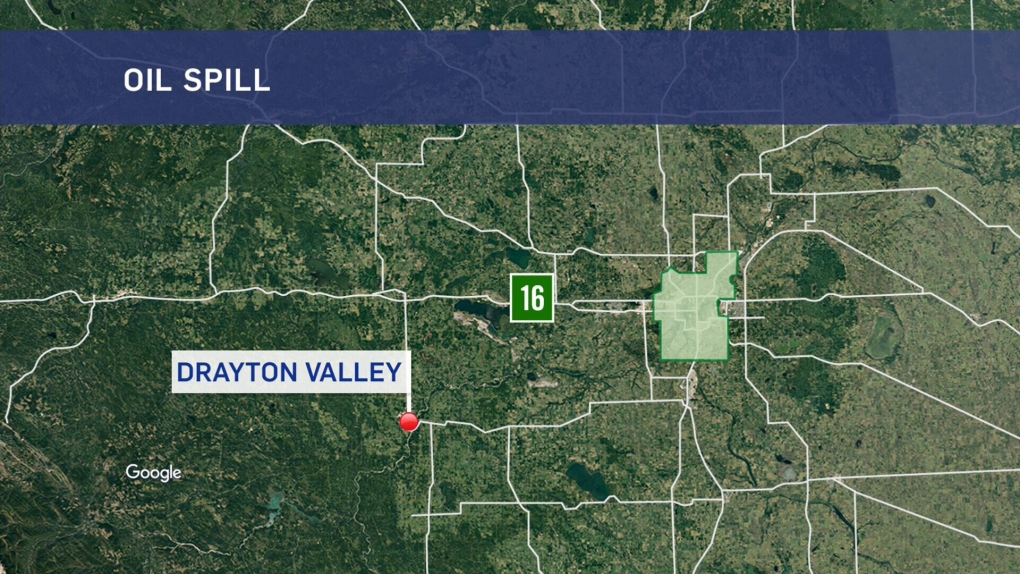 An oil spill was reported to the Alberta Energy Regulator 140 kilometres southwest of Edmonton, near Drayton Valley, on Thursday.

DRAYTON VALLEY, ALTA. -- The Alberta Energy Regulator says a pipeline has spilled 40,000 litres of crude oil into a creek.

The regulator says on its website that the incident happened Thursday on a Bonterra Energy Corp. line 14 kilometres south of Drayton Valley, Alta.

It says the line was shut in and depressurized, and that containment booms were installed.

The AER says no impacts to wildlife were reported.

Calgary-based Bonterra says in a news release that it began investigating a problem with the pipeline at 8 a.m. Thursday, and at 1 p.m. it discovered a rupture that was leaking into Washout Creek.

It says it is removing the oil with booms and vacuums, and is mitigating the effect on wildlife by setting up barriers as well as visual deterrents that include having people present.

Washout Creek flows into the North Saskatchewan River, which is the source of Edmonton's water supply, and Bonterra says it has placed additional booms where the creek meets the river as an extra precaution.

The company says cleanup and recovery is expected to continue for the next three weeks.