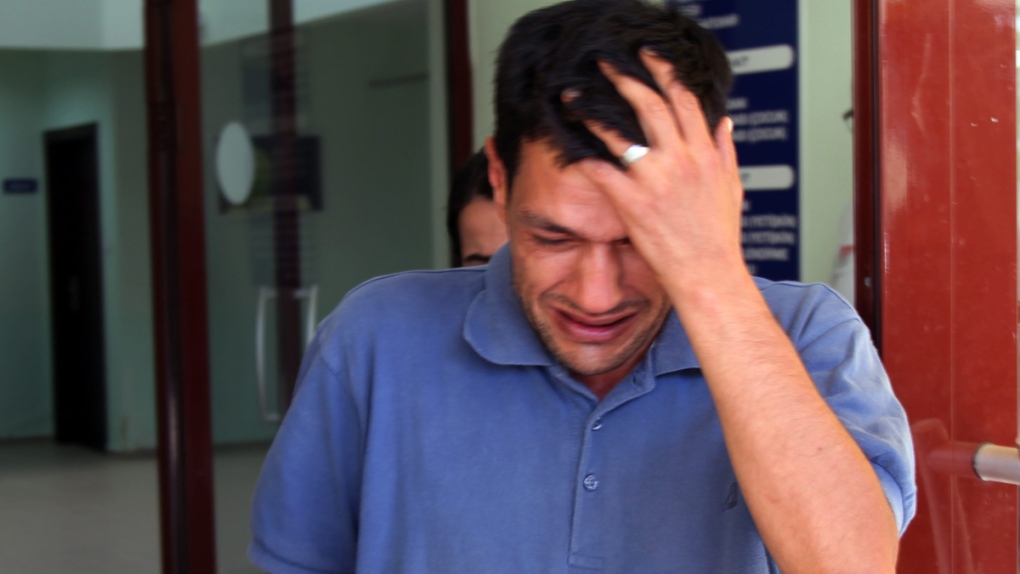 Abdullah Kurdi, 40, father of Alan and Galip, cries as he waits for the delivery of their bodies outside a morgue in Mugla, Turkey, on Thursday, Sept. 3, 2015. (AP / Mehmet Can Meral)

HAMILTON -- The now-iconic photograph of the body of a young boy washed up on a Turkish beach sparked a remarkable change in Canadian interest in the Syrian refugee crisis, says an expert tapped to provide advice to the government.

While refugee and aid workers had long recognized the looming crisis, no one seemed to be paying much attention. Not even months ago, when the UN refugee agency reported that 42,500 people were being forcibly displaced every day, half of them children.

Front-line workers in places like Belgrade, perhaps accustomed to dealing with a few hundred refugees a day, were being overwhelmed by tens of thousands a day, but headlines in Canada were few and far between.

Jennifer Bond, now an adviser to Refugee Minister John McCallum, said the beginnings of a shift in public sentiment began in June, when the "European crisis" started to find its way into Canadian news reports.

The photograph of three-year-old Alan Al-Kurdi in September changed everything.

"Suddenly, people had a human face to a huge disaster," Bond said in an interview.

Those who had been warning for years about what would become a tsunami of desperate people were being heard.

Bond, a professor at the University of Ottawa, said her inbox was flooded.

"All of these people...were reaching out, wanting to know what they could do to help," she told a refugee conference this week.

The situation demonstrated that a single photo can galvanize public sentiment, Bond said.

Bond found herself speaking across Canada, but now the rooms were full.

"It was no longer a small group of specialists talking about the need to protect vulnerable people," Bond said. "It was really a remarkable change, an important shift that could not be overstated."

Another profound change would soon take place as well: the ascendancy to office of the Liberals under Justin Trudeau.

For years, the Conservatives under Stephen Harper had introduced a succession of laws that made it harder for refugees to settle in Canada. Those changes went beyond legislation, Bond said.

"All of those legal changes were accompanied by a very pronounced rhetorical change," Bond said. "Canadians were told that refugees were people to be feared, they were bogus, they were queue-jumpers."

The government's messaging had a significant impact on public sentiment that was difficult to counter, she said.

While the Liberal government has brought with it a "heartening" change in the rhetoric, Bond said the effects of the Harper government's messaging linger.

"There continues to be a strain of people who are continuing to promote anti-refugee rhetoric," Bond told the conference.

"They talk about security, they conflate issues around security with humanitarian objectives, assume refugees are terrorists -- it has not gone away."

Still, front-line workers are clearly hoping to strike while the iron is hot and Canadians are lining up to try to help now that 25,000 Syrians are expected to arrive by the end of February.

The hope is that the interest doesn't wane in the coming months and years.

"It's an unbelievably inspiring thing to witness," Bond said. (But) the numbers are overwhelming. It's an unprecedented global crisis."