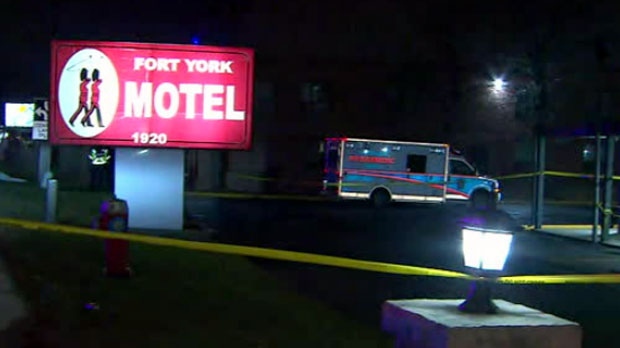 The area where Peel Regional Police said they located a man's body on Nov. 30, 2018 is seen.

MISSISSAUGA, Ont. -- Police say a man is dead after an alleged hit-and-run in Mississauga, Ont.

Peel regional police say the incident happened on Friday evening, when the 54-year-old man was crossing the road.

They say Gianfranco (John) Zucatti was hit by a car, and died of his injuries at the scene.

Police say the person driving the car that struck him drove away.

They're looking for a red Dodge Challenger from 2017 or 2018 that's missing the right side mirror.

They say the vehicle's right front headlight and front bumper were damaged in the crash.

Police are asking anyone with information about the incident to come forward.