Passengers on grounded Arctic cruise ship to fly out, ice and weather permitting 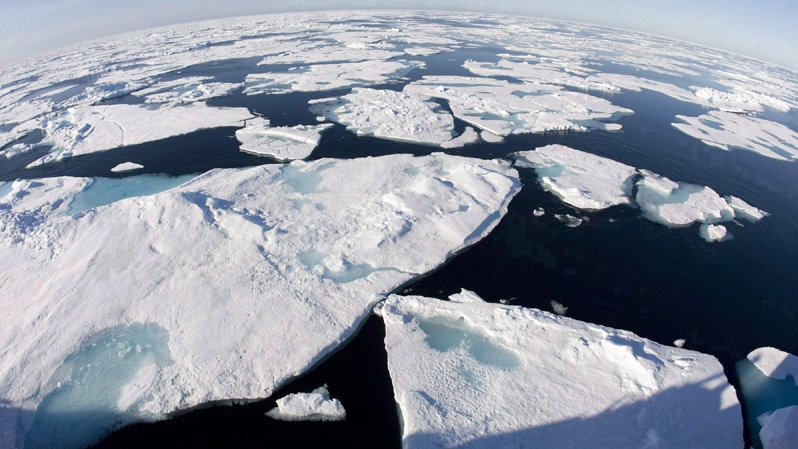 KUGAARUK, Nunavut -- Dozens of passengers from an Arctic cruise ship that ran aground last week were expected to be flown back south Saturday night, weather and sea ice permitting.

"Right now, everything's dependent on weather and ice. What we're trying to do is watch the variables and put possible options in place."

The Akademic Ioffe, operated by One Ocean, ran aground Friday morning in Pelly Bay about 70 kilometres north of Kugaruuk, on the Simpson Peninsula on Canada's eastern Arctic coast.

The ship, a 117-metre ice-strengthened vessel that has made many Arctic cruises, has since been refloated.

"There is some damage to the vessel," said Chris Krepski of the Transportation Safety Board.

Lawton said the ship owners have told her the damage to the hull is "contained and limited."

The Ioffe's 102 passengers and 24 staff have been transferred to the Ioffe's sister ship, the Akademik Sergey Vavilov.

"They picked up all the passengers this morning in search and rescue operations with the Canadian Coast Guard," Cpl. Serge Yelle of the Kugaruuk RCMP detachment said Saturday.

Lawton said there's plenty of room aboard the Vavilov, which has 83 passengers of its own. Onboard programming was continuing Saturday.

If conditions on the ocean remain stable, between 80 and 90 passengers were expected to be flown to Yellowknife Saturday night in a chartered plane. Those remaining from the Ioffe were to spend the night on the Vavilov and will be flown south on Sunday.

Coast Guard spokeswoman Lauren Solski said the ship still appears seaworthy despite the accident, although an inspection was underway Saturday.

"It is floating and very stable. No injuries or oil leaks have been reported," said Solski.

Lawton said there had been no report of any environmental concerns.

The tour company said the captain had reported the incident to the relevant federal and territorial agencies.

Krepski said the board hasn't yet decided whether it will send an investigation team to the scene.

"We're following it closely for now," he said.

Solski confirmed travel arrangements for the ship would be determined once the Coast Guard and Transport Canada had finished investigating its condition.

On its website, the tour operator describes the Akademik Ioffe as a "modern, comfortable, safe and ice-strengthened" vessel that can host 96 passengers and 65 staff and crew.

"We regret the inconvenience to our passengers and are working closely with the captain, ship owner and all relevant agencies to resolve the situation as quickly and safely as possible," Lawton said in an earlier statement.

In 2012, a 200-passenger ship ran aground in the Northwest Passage, although the weather was calm. Everyone was helped off safely.