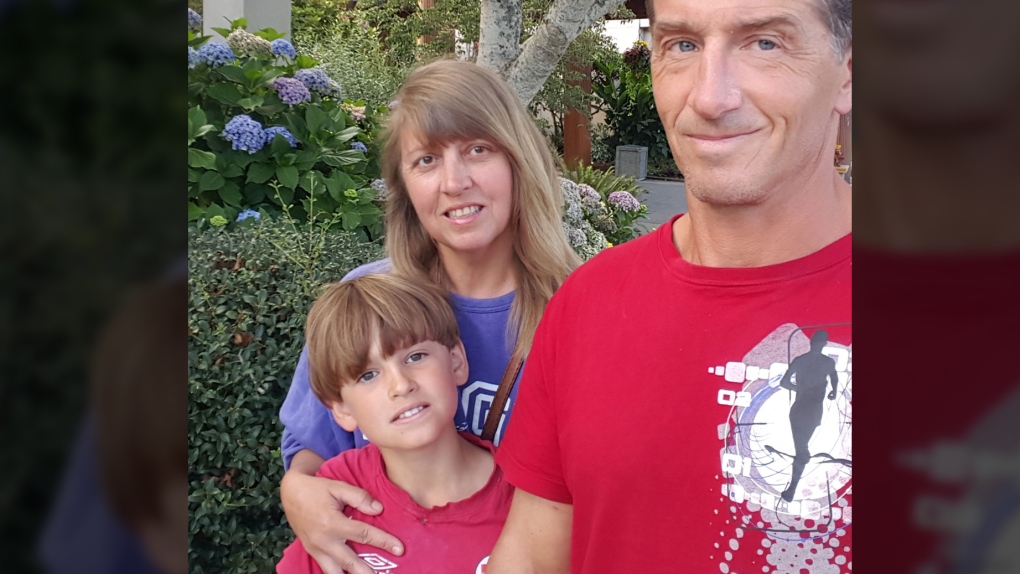 Terese and Leif Kristiansen and their son Kai are seen in this undated handout photo. Kristiansen, a Canadian mother living in Norway, says she is living a nightmare after child welfare authorities came into her home and took away her 12-year-old son over what she calls 'a misunderstanding.' (Kristiansen family)

A Canadian mother living in Norway has been reunited with her 12-year-old son, who was taken away from her by child welfare authorities over what she calls a “misunderstanding” involving a change in schools.

Terese Kristiansen and her Norwegian husband, Leif, say their son Kai was allowed to come home after they agreed to certain conditions laid out by Barnevernet, Norway’s child protection agency. The conditions dictate that they send Kai back to class at a new school next week, and that they hand over their Canadian passports until May 3.

“We had to sign an agreement to get him home, and it’s their terms, but we’re just happy that he’s home,” Terese Kristiansen told CTVNews.ca on Wednesday.

She says the boy is “strong” and doing well in the wake of the ordeal, which separated him from his parents for a week.

“We are happy to announce that Kai is back in his home with his family,” Leif Kristiansen said in a Facebook post translated from Norwegian. “This is an exhausting process, but anything to get Kai home.” The couple’s plight captured attention in Canada after Terese Kristiansen shared a video on Facebook of child protection agents dragging her son away from her home. “You leave him alone!” she can be heard yelling in the video. “He had done nothing. Can somebody please help us!” The video racked up more than 640,000 views and nearly 7,000 shares on Facebook before it was removed.

Kai was taken away after the Kristiansens pulled him from school because he was being bullied. They had intended to temporarily homeschool him until he could be transferred to another school, but his original school did not approve the move.

“He didn’t have approval for homeschooling, even though we let them know and we followed the law,” Terese Kristiansen said. She says the incident was escalated to the emergency level at Barnevernet, and agents were dispatched to take Kai away and put him in foster care.

“It was a complete misunderstanding and it was a bit extreme to go this far,” she said.

The agency agreed to de-escalate Kai’s case as part of an agreement reached in court with the Kristiansens.

The boy is now enjoying time with his family during Norway’s spring break, and will return to class at a new school arranged by Barnevernet next week.

“He just got back so it will take some time to adjust,” Kristiansen said. “He’s pretty upset after what the police did.”

She added that the Canadian embassy is aware that the family’s passports have been temporarily confiscated.

Kristiansen said the passports were taken to make sure the family did not leave the country.

“At least we’re together as a family,” she said.