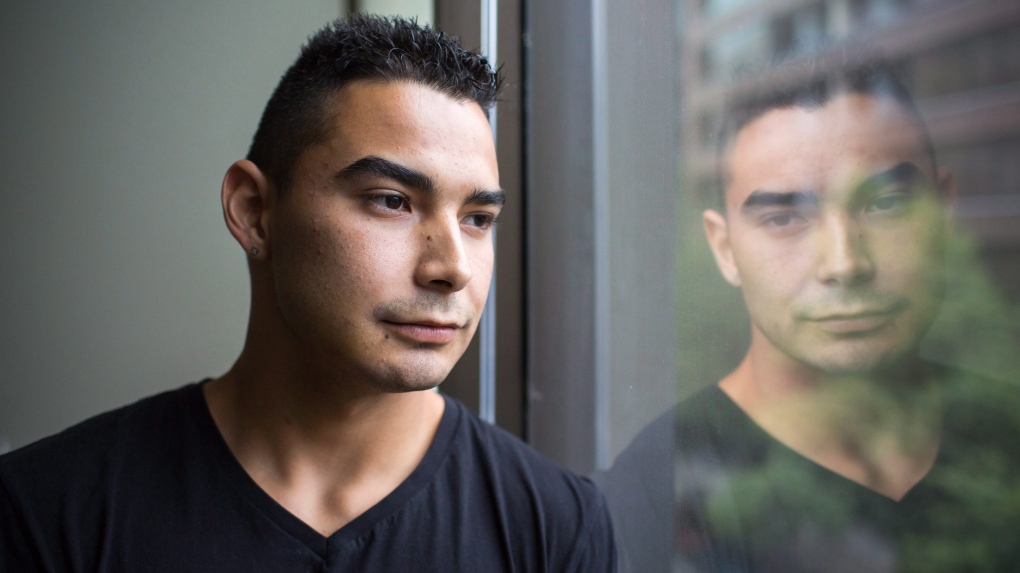 Josh McDearmid is pictured at the BC Centre on Substance Use in Vancouver, B.C., on Wednesday July 18, 2018. (THE CANADIAN PRESS / Ben Nelms)

VANCOUVER -- Parents whose children started using drugs as teens and struggled through addiction to the point of fatally overdosing say recovery high schools that provide professional support for students could save lives.

Their calls for change are being supported by the BC Centre on Substance Use, the Canadian Mental Health Association and the operator of an Ontario recovery high school -- the only one in the country -- though it's closing down due to lack of funding.

Janice Walker's son was 15 when he began using marijuana, mouthwash, ecstasy and any other drug he could get. She said he was kicked out of school and placed in an alternative education program that didn't help before he became an entrenched drug user who overdosed on heroin laced with fentanyl at age 25.

"We could have only dreamed of something like that," she said of recovery high schools, about three dozen of which exist in various U.S. states.

"Schools like this are exactly what we need because we do need to stop living in shame and denial," Walker said of rampant drug use among teens, who often start by experimenting but can become dependent on substances to deal with issues such as anxiety and depression.

Walker's son, Joe Wijohn-Walker, who she described as highly intelligent, was expelled for using drugs and alcohol but hated the alternative education program that he didn't complete.

"She sought out help on her own, too, but it wasn't enough," said Bailey, a former teacher and school counsellor whose daughter was expelled and sent to a so-called pull-out program for three days, only to return to the same high-school rejection that triggered her drug use, which escalated to heroin.

Bailey's daughter was eventually diagnosed with bipolar disorder. She was found dead at age 21 in the stairwell of a building in the Downtown Eastside in 2015, after overdosing on heroin cut with fentanyl.

Eileen Shewen, director of Canada's only recovery high school in Wyebridge, Ont., said she is in the process of shutting down the Quest Collegiate and Recovery Centres program four years after it opened to great support.

"I met with Kathleen Wynne personally after she was elected premier, and that was on March 17, 2014," Shewen said, adding the premier championed the facility's progressive policies during their two-hour meeting but didn't provide any funding.

Shewen, who has a PhD in public health policy, said she modelled Quest after visiting recovery schools in the United States as she learned about the "amazing" movement.

"We had cooking, guitar, swimming, golf. We had circus people coming in, we had aboriginal groups come in and do traditional healing ceremonies and teach the kids about spirituality, we had non-denominational ministering, we had everything, even Alcoholics Anonymous, Narcotics Anonymous, Al-Anon."

About 30 students went through the first year at Quest, which was a residential facility for 16 months before changing to a day program at the YMCA as money dwindled, said Shewen.

She founded the school and paid to run it after she couldn't find a supportive school for her daughter, who was "imploding" at a traditional school.

"It was mind-blowing what we were able to do with these kids," she said. "You make abstinence the norm where it's the opposite in high school, where it's 'Who doesn't do drugs?' "

Shewen said students at Quest held each other accountable as they journeyed through a program that provided education and recovery from addiction as staff consulted psychiatrists, psychologists and family doctors.

Patrick Smith, national CEO of the Canadian Mental Health Association, said recovery high schools in the United States provide students with peer support they don't get at traditional schools, which expel kids whose relapsing condition is not understood.

"It's one other failure on top of all their other failure experiences. A recovery school says, 'Why would we want to put kids in a situation where they're more likely to fail? That's demoralizing," said Smith, who is also a clinical psychologist.

"Most kids who go into treatment and then go back to their high school, they're the kids who people are whispering about in the hallway and deciding whether they're going to invite them to a party or not because there's going to be alcohol and drugs."