Otter that once survived gunshot wound dies at Vancouver Aquarium 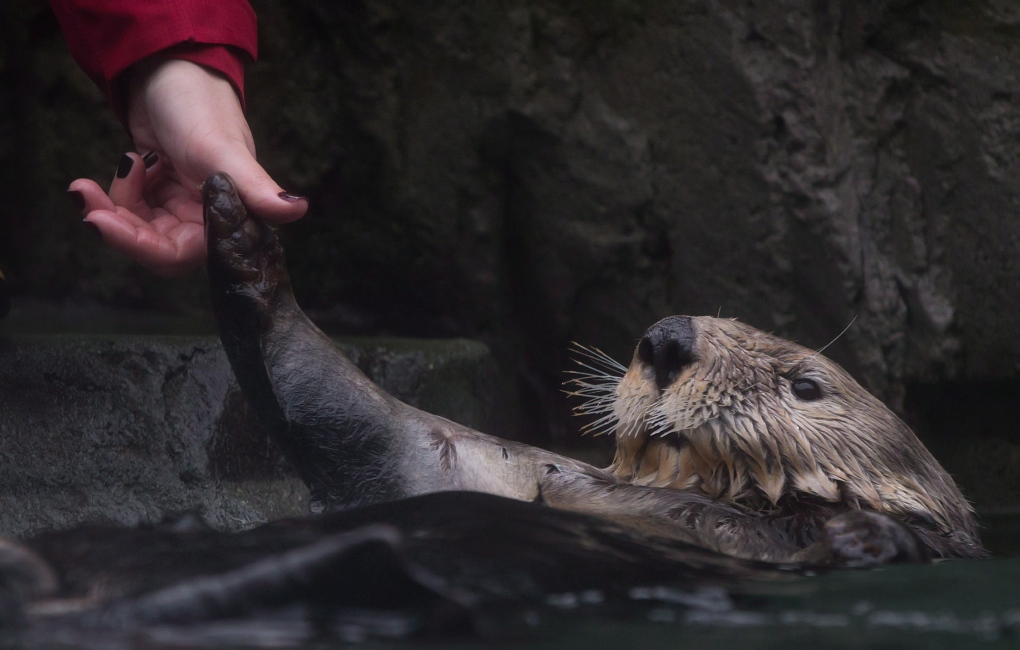 In this file photo, a trainer checks on rehabilitated sea otter Walter, at the Vancouver Aquarium in Vancouver, B.C., on Thursday Nov. 6, 2014.(Darryl Dyck / THE CANADIAN PRESS)

VANCOUVER -- A much-loved sea otter that won the hearts of Vancouver Aquarium's staff and visitors while recovering from gunshot wounds has died.

Walter, also affectionately known as Wally, was rescued from a Tofino, B.C., shoreline on Oct. 19, 2013, after locals reported a sea otter that appeared lethargic.

Veterinarians soon discovered he was blind and suffering from gunshot wounds, so they amputated part of his flipper, cared for his injuries and even performed a root canal.

Fisheries and Oceans Canada determined he couldn't be released because he was blind and in poor health, so the aquarium became his home.

The aquarium says Walter's last years were happy and pain free but his health began to deteriorate in the spring, he began to slow down and could no longer groom himself.

A CT scan was scheduled for Walter in the coming weeks, but the aquarium says he died early Wednesday at an estimated age of 15 to 17 years.