Ottawa to appeal court ruling that Metis, other natives are 'Indian' 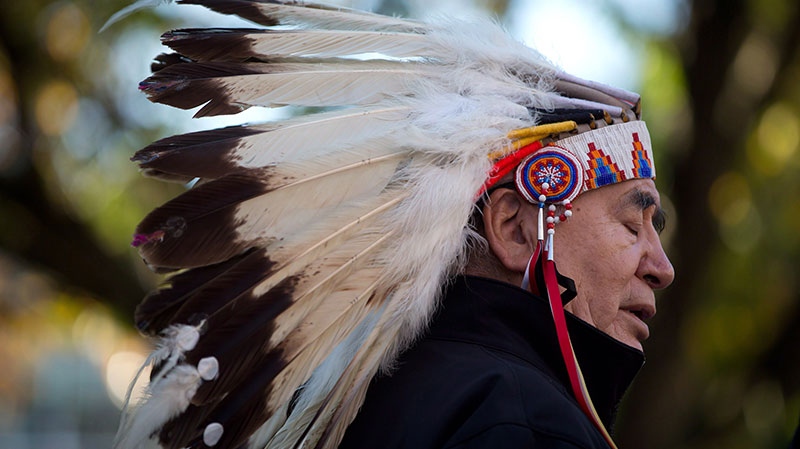 Calvin Pompana, a veteran from Sioux Valley Dakota Nation near Brandon, Man., pauses during a moment of silence during a National Aboriginal Veterans Day ceremony at the Victory Square Cenotaph in Vancouver, B.C., on Thursday, Nov. 8, 2012. (Darryl Dyck / THE CANADIAN PRESS)

OTTAWA - The federal government will appeal a landmark Federal Court ruling which vastly expanded the ranks of people considered Indians under the Constitution.

The Daniels decision said Metis and non-status Indians do fall under the constitutional heading of "Indian" and are therefore under federal jurisdiction.

Aboriginal Affairs Minister John Duncan says it's a complex case and it's prudent for the government to appeal to a higher court.

Among other things, he says, services for Aboriginal Peoples have to be financially sustainable.

The case dragged on for years before the ruling last month.

The Congress of Aboriginal Peoples and several Metis and non-status Indians took the federal government to court in 1999, alleging discrimination because they were not considered "Indians" under a section of the Constitution Act.