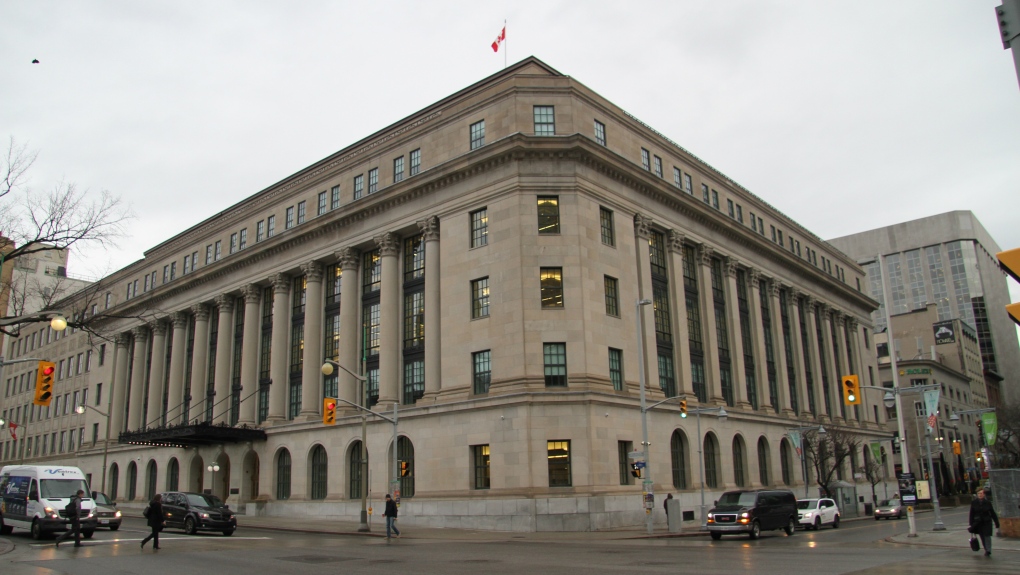 Journalists were given an inside look at the newly renovated building on Thursday, ahead of a mid-morning ribbon cutting ceremony that officially marked the completion of the project. 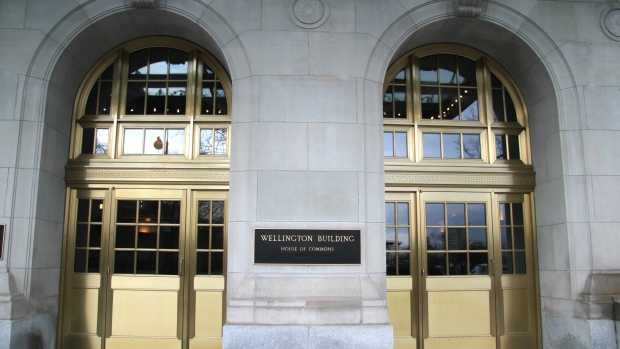 “I believe we have a responsibility to reflect on the past and to protect the future as well. We owe it to our parents, to our children and our grandchildren,” said House Speaker Geoff Regan who led the ceremony along with Public Services Minister Judy Foote.

“In this building, there’s a bit of magic. There’s a real harmony here between tradition and innovation,” he said. 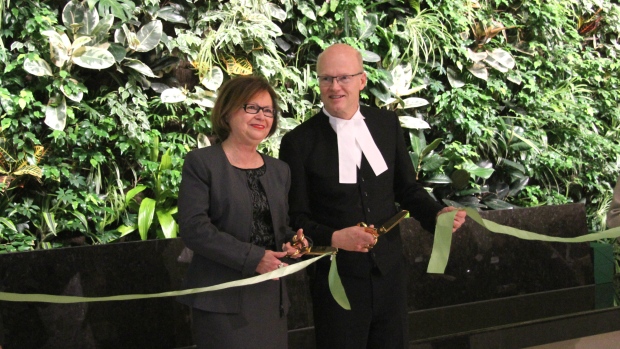 The Wellington Building is located at 180 Wellington St., across from the West Block of Parliament.

It was first built in 1927, by American architect D. Everett Waid and Ottawa-based J.A. Ewart as the headquarters of the Metropolitan Life Insurance Company. A second stage of construction took place in the late 1950s, to reflect both the company’s growth and the changing architectural trends of the time.

The building was bought by the federal government in 1973, to later be used as office space for MPs.

After a six-year overhaul that began in 2010, this landmark of the Beaux-Arts style has been restored to its original condition while receiving modern appointments focused on reduced energy consumption. 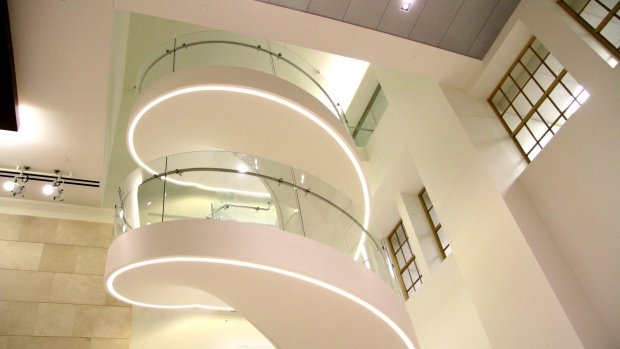 “Everything you see here has been preserved and protected during the construction,” project manager Sylvain Lepage of Public Services and Procurement Canada said, pointing out different features of the building’s main lobby. “There was massive demolition. We removed from this building over 20,000 metric tons of material and…97 per cent of it was recycled or re-used.”

The renovation included work on exterior elements such as the doors, windows and the limestone façade as well as the replacement of the building’s electrical systems and a seismic retrofit.

The building’s interior now features a new, multi-level atrium and entrance lobby that are laid out to allow the public a glimpse of parliamentary life at 180 Wellington. 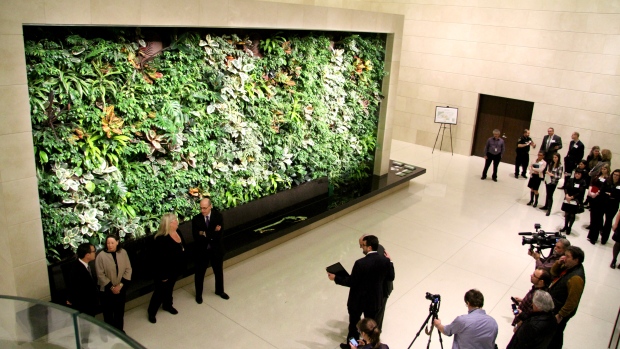 “What these buildings are designed to do is to bring the public into the committee rooms and have Canadians participate in our democratic parliament,” said Susan Kulba, senior director of the House of Commons’ Architecture and Long Term Vision Plan.

The building will now house 70 MPs in luxurious wood-lined with large, north-facing windows. 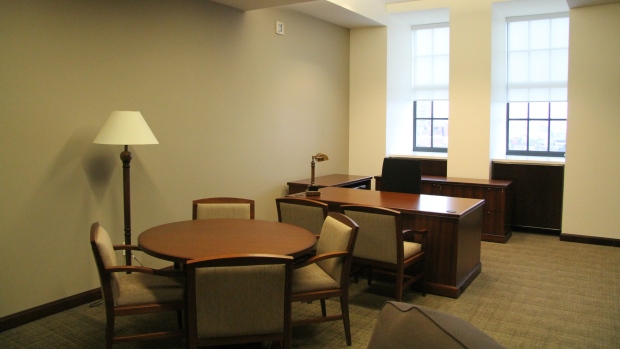 Kulba said MPs will start moving into the building in December, so that they are installed by the time Parliament resumes at the end of January

The building also features a resource library and 10 high-tech meeting rooms designed to accommodate a variety of events. 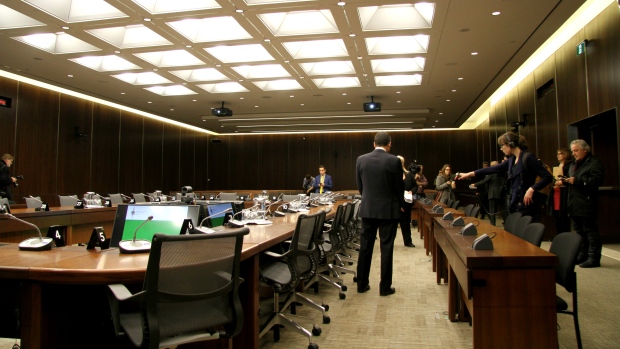 Skylights and light wells fill much of the building with natural light, both to improve the esthetics of the space and to save on energy and lighting costs. 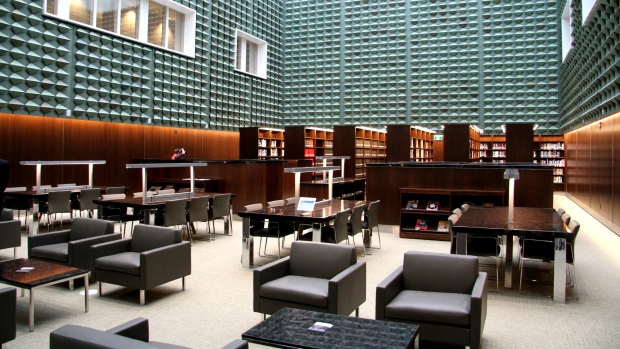 But the building’s pièce de résistance is a dramatic mosaic on the vaulted ceiling inside the main entrance. 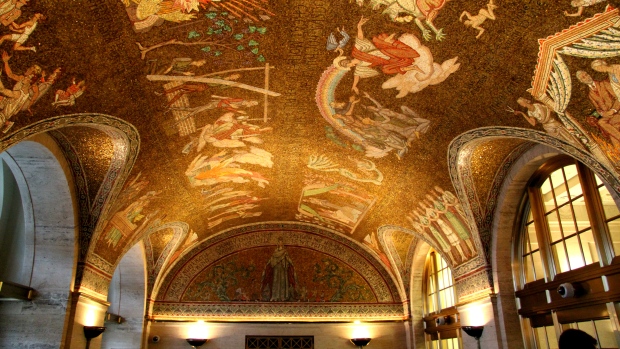 “We preserved this wonderful artistic mosaic,” Lepage said, adding that the piece consists of nearly a million coloured glass tiles.

Experts from the Canadian Conservation Institute cleaned the mosaic and reattached or replaced missing pieces.

A walk through an additional set of doors brings visitors to another of the building’s main attractions—a green wall of plants used to absorb carbon dioxide. 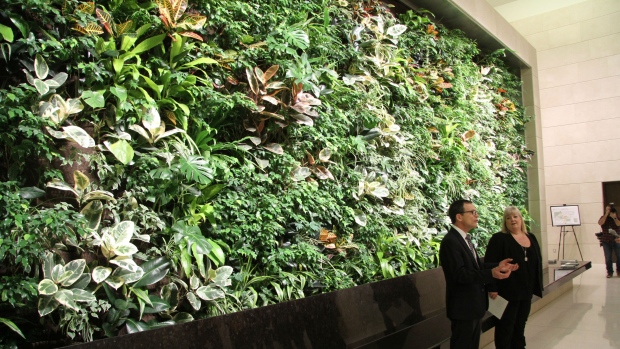 The wall is one of many environmentally sustainable features that have earned 180 Wellington a Green Globes certification.

The renovated building also features solar panels that help heat the water and a green roof that collects rainwater for the plants.

“Overall, this project will reduce energy consumption by 25 per cent,” Lepage said. “We’re very proud of this achievement.” 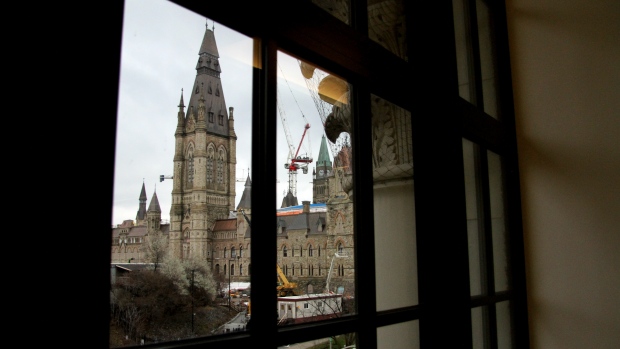 The reconstruction of 180 Wellington is part of the federal of the Long Term Vision and Plan (LTVP), a 25-year plan established in 2001 to upgrade the buildings and landscape in the Parliamentary Precinct.

The re-opening of the Wellington Building comes just four months after the completion of the five-year renovation of the West Block of Parliament.