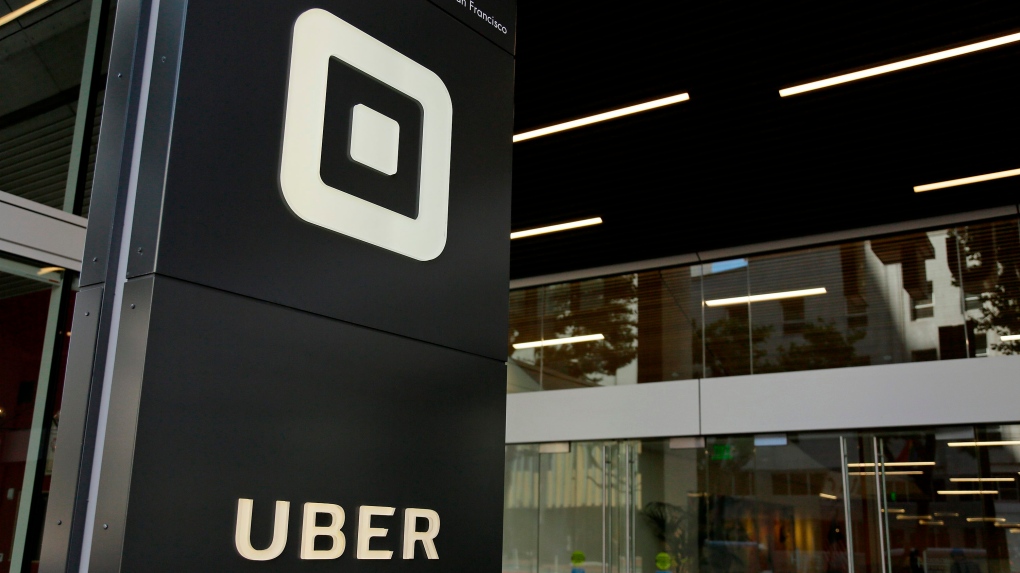 This June 21, 2017, file photo shows the building that houses the headquarters of Uber, in San Francisco. (AP Photo/Eric Risberg, File)

Police allege a man, posing as an Uber driver, sexually assaulted a female passenger on Friday, then drove her to an ATM and forced her to take out cash for him.

Investigators say they believe the suspect was targeting women who seemed drunk while leaving bars or restaurants in Ottawa's Byward market area late at night.

Police say a second alleged victim came forward later on Friday, and that they believe there may be others.

They say a suspect turned himself in to police on Saturday, and is now facing two counts of sexual assault.

Police are reminding people to check the driver's credentials before getting into any ride-sharing vehicle.