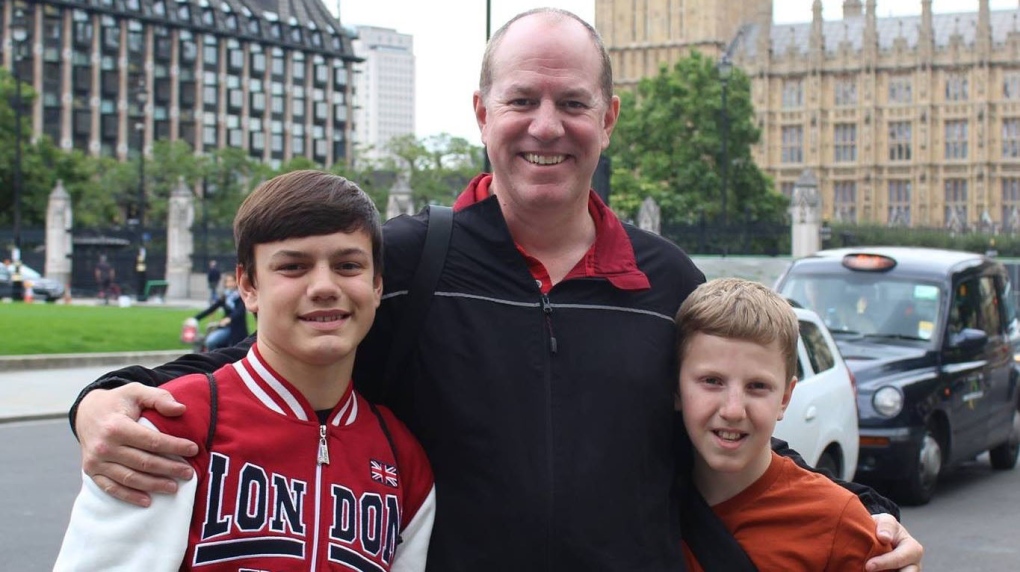 Rob Henderson was shocked to discover that the CRA had awarded the child-care benefits to his common-law spouse, and not to him, their primary caretaker. (Rob Henderson)

An Ottawa father is accusing the Canadian Revenue Agency of outdated and sexist policies after being told that child-care benefits for his sons from a previous marriage wouldn’t go to him, but instead to his fiancée.

After a lengthy legal battle, Rob Henderson was awarded shared custody of his two boys five years ago with their mother. Recently, he was informed by his lawyer that he was entitled to his portion of the Canada Child Benefit dating back to the year he was granted partial custody, 2011.

“At that time, I hadn’t pursued anything because it wasn’t the money that motivated me,” Henderson told CTVNews.ca.

Henderson applied for the benefit, but was recently presented with a letter stating that it would be automatically diverted to his fiancée in assumption that she was the primary caregiver.

“When a child lives with a man and a woman, who are spouses or common-law partners, the law considers the woman to be primarily responsible for the child’s care and upbringing,” read Henderson’s letter from the CRA.

In order to rectify the situation, his fiancée Deidre Vance needs to write a letter stating that she is not the primary caregiver of the two boys, aged 13 and 15.

“It’s ridiculous the fact that my gender overrides that I’m the custodial parent. That to me, in the 21st century, is ridiculous,” said Henderson. “I consider myself a feminist, but to me feminism is supposed to be no sexism at all. It doesn’t mean we can turn a blind eye when sexism is perpetrated toward the male gender.”

Though Vance could sign each cheque over to Henderson, he said that was beside the point. He wants the policy updated to reflect a more modern view of Canadian families.

“Don’t get me wrong, my fiancée pitches in as much as anybody, but from day one in my house I’ve been the primary caregiver of my two boys,” said Henderson.

In an email to CTVNews.ca, Department of Finance spokesman David Barnabe said that the spouse or common-law parent is viewed as a parent of the child for all purposes under the Income Tax Act.

“We have an avowed feminist as our prime minister. Well, feminism swings both ways, and feminism doesn’t only mean equality for women, but equality for men,” said Henderson. “If my kids ever get married and have children, and the law hasn’t changed, I will have a very frank conversation with them about the gender-biased rules of the courts and the government in regards to men and their parental situation,” said Henderson.