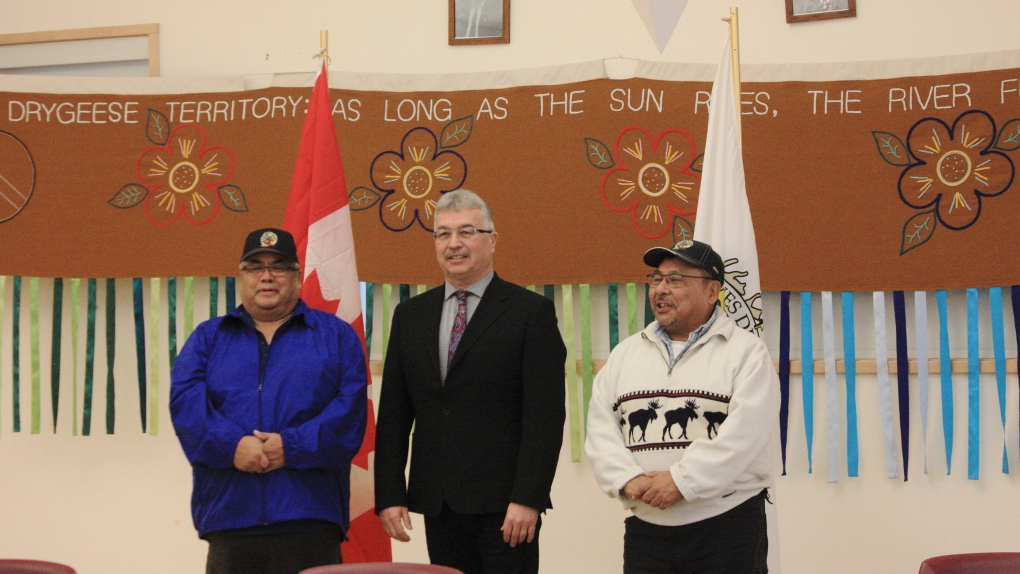 The funding is to go to communities, organizations and governments to reclaim, revitalize, maintain and strengthen the languages.

Northwest Territories member of Parliament Michael McLeod announced the funding in the Yellowknives Dene First Nation community of Dettah on behalf of the minister of Canadian Heritage.

The First Nation says the funding will help it deliver language and culture classes and camps, as well as develop lesson plans, books, videos and reference documents in the Wiiliideh language.

The federal government says it has invested a total of $77.2 million to support Indigenous languages in the North since 2019.

More than 70 Indigenous languages are spoken across Canada, many of which are endangered.

“We're hanging onto our language at the very thread,” he said.

“Without language identity is lost.”

Dettah Chief Edward Sangris said revitalizing Wiiliideh is important, as there are few speakers left and some elders struggle with English.

“We feel that the elders are lonely because they've got nobody to talk to in their language, so we're trying to fix that,” he said.

“Our vision in the future is to have vibrant languages in the communities.”

Edward Sangris said one hurdle is that Wiiliideh is not one of the N.W.T.'s 11 official languages, nine of which are Indigenous.

McLeod, who attended residential school himself, said he understands first-hand the intergenerational impacts colonial systems have had on Indigenous languages, culture and identity.

He said the funding to support Indigenous languages is part of the federal government's reconciliation efforts.

This report by The Canadian Press was first published Nov. 25, 2022.

Marc Ouellet, the Quebec cardinal who oversaw the Vatican's powerful bishops' office and has been recently accused of sexual misconduct, is retiring.

Boris Johnson says Putin said he could hit him with missile

Former U.K. prime minister Boris Johnson said that President Vladimir Putin didn't seem serious about avoiding war in the days before Russia invaded Ukraine, and at one point told the British leader it would be easy to kill him with a missile.

A suicide bomber detonated explosives during crowded prayers at a mosque inside a police compound in Pakistan on Monday, causing the roof to cave in. At least 34 people were killed and 150 wounded, officials said.