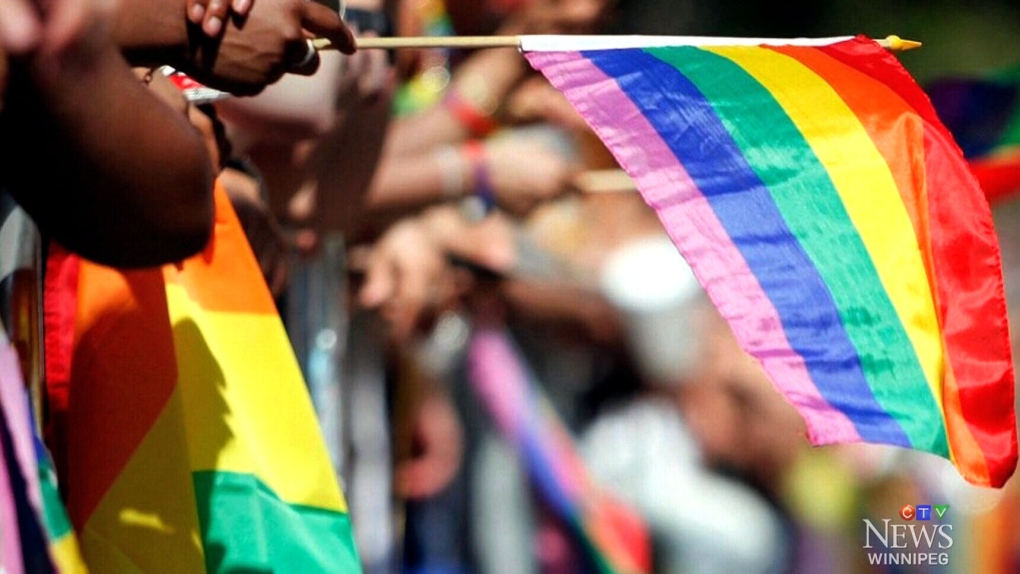 Bullied as a gay teenager in Steinbach, Man., the heart of the province's so-called Bible Belt, Wiens is now watching as others in the small city organize its first-ever pride march, set for July 9.

"I didn't think I would ever hear the words 'Steinbach pride' in my life," Wiens says.

"Growing up in Steinbach, I experienced a lot of religious guilt ... I can remember as early as Grade 3, being told that I was going to hell for liking Harry Potter."

Steinbach is a prosperous, fast-growing community of 14,000, a 45-minute drive southeast of Winnipeg. It has the kind of recreational facilities, big-box stores and shiny infrastructure you would see in a new subdivision in the provincial capital.

It is also a community with a long small-c conservative, rural history and a strong religious presence, having been founded by Mennonites in 1874.

Wiens stirred up controversy in 2013 when he set up a gay-straight alliance at the city's high school. He was originally told he could have the support group but could not put up posters to promote its meetings.

The latest clash over gay rights flared up earlier this year when Michelle McHale's child was bullied because McHale is in a same-sex relationship.

She filed a human rights complaint and found herself as one of the organizers of the city's first pride march.

"I was definitely expecting pushback," McHale says. "Any time you change anything, that's to be expected, particularly when it's something like this in a community like this."

Opinion in the city is sharply divided, although there is very little in the way of heated language. Historically, disagreements in the community are almost universally expressed politely and without raised voices.

"It's wrong. The Bible forbids it," area resident Jacob Peters says, calmly, of same-sex relationships as he walks along the city's main street on a sunny afternoon.

Peters said he opposes the idea of having the pride march in the city, but has no plans to protest it.

"I think the town is changing slowly. It's small-town Manitoba so it'll take time," says Karen, a women who plans to attend the pride march and who did not want to provide her last name.

Change in the city is evident on some issues. More than a decade after residents voted to allow liquor sales inside city limits, there is not only a sizable liquor store, but also a pub patio on main street doing brisk business on a recent Friday afternoon.

The city council recently released a polite, carefully written statement saying the pride march would neither be endorsed by council nor opposed.

"Council believes that all people, including those who identify as LGBTQ, deserve to be treated with love and respect at all times. Council also recognizes the importance of respecting the rights of individuals and organizations who hold different beliefs from those in the LGBTQ community."

Opponents of same-sex relationships say they deserve the right to their beliefs, and the right to instruct their children about what they see as right and wrong.

"Homosexuality is a sin. The Bible is clear about that, but so is slander, backbiting, hetero- or homo- sexual lust ... lying and on and on we could go," one local pastor wrote on his church's website last year.

The area's member of Parliament, Ted Falk, has said he will not attend the pride march because of his "values of faith, family and community." Steinbach's mayor and legislature representative are also not attending, citing prior commitments.

But the commanding officer of the RCMP in Manitoba, Scott Kolody, has said he will attend and march alongside organizers.

Steinbach is not the only community where pride ceremonies are cropping up. Truro, Nova Scotia -- a town roughly the same size as Steinbach -- had previously rejected requests to fly the pride flag outside town hall, but relented this year. Truro's first-ever pride parade is being planned for later in July.

Wiens says there are signs of change in Steinbach. He was among some 200 people who attended a vigil after a mass shooting at a gay night club in Orlando, Florida in June. The size of that turnout and the fact a pride march is in the works, is a signal for Wiens.

"I'm really happy to see the amount of people that are coming forward and just saying 'You know what, I am an ally. I am standing up for these issues."'