Ontario youth unemployment among the worst in Canada: report 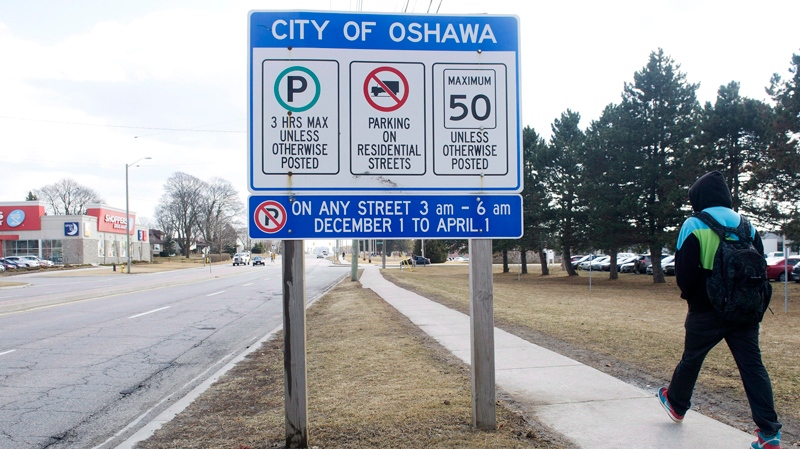 A student walks to the University of Ontario Institute of Technology in Oshawa, Ont., on Tuesday, March 13, 2012. (THE CANADIAN PRESS / Nathan Denette)

Ontario is one of the toughest places in Canada for young people looking for work, with youth unemployment rates trending higher than the national average, a new study finds.

A new report that analyzes Statistics Canada employment data has found that five years after the global economic crisis, Ontario is now the worst province outside of Atlantic Canada for youth unemployment.

The report, released Friday by the Canadian Centre for Policy Alternatives, finds the following:

The study argues that these statistics are not simply the byproduct of the 2008 global economic crisis, but instead come from a "strong structural component" within the province's labour market.

"The joblessness trends suggest something new is at play: the labour market for young workers in Ontario is even more inhospitable than it was following the recessions of the 1980s and 1990s."

Geobey argues that while young workers in Ontario are subject to the same macroeconomic forces affecting the rest of the population, they are typically the first to be affected by any cuts or layoffs.

"Young workers are the labour market's canary in the coalmine," he writes.

The paper argues that Ontario's young workers have largely been affected by two economic changes over the past decade: a national economic shift away from the manufacturing sector towards resource extraction; and post-recession austerity measures that were adopted by the provincial government in the early 90s and following the 2008 crisis.

It notes that while Quebec has also suffered from the shift away from manufacturing, its government did not adopt as extreme austerity measures as Ontario did during the 90s and in 2008.

Quebec's 2012 youth unemployment rate of 13.7 per cent was considerably lower than Ontario's of 16.9 per cent.

While Quebec has implemented polices that have led to a shared burden of this past recession, Ontario has "chosen to allow the impact of the recession to rest squarely at the feet of its youth," Geobey said.

The report also examines some of the programs the Ontario government is planning to implement to fight youth unemployment.

The report says it is important that the subsidized job placements do not displace future permanent positions, and "simply encourage the phenomenon of precarious employment" in the province.