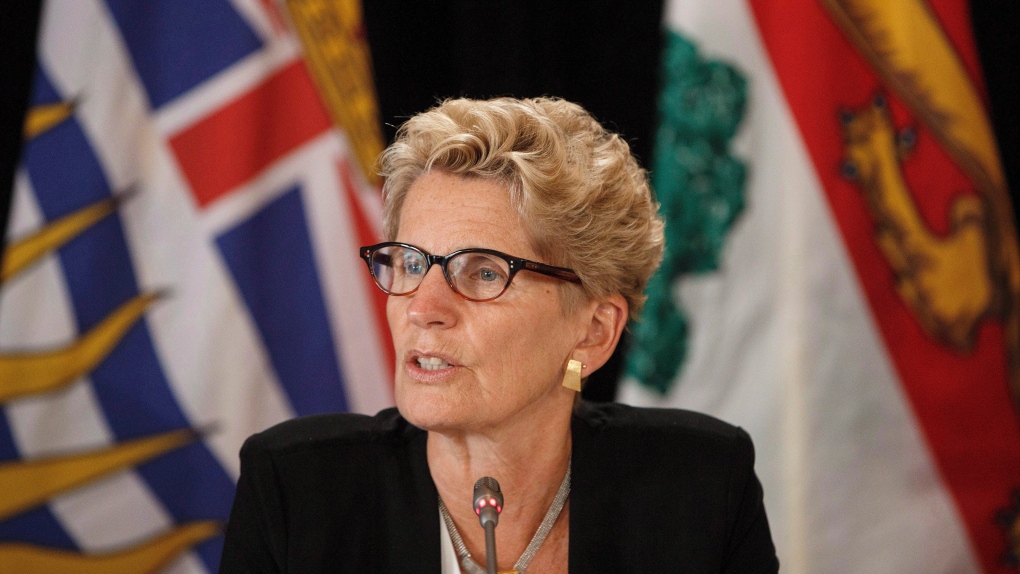 TORONTO -- Ontario is looking to overhaul its school curriculum with a focus on math, an announcement that comes one week after standardized test results showed flat or falling math scores among public elementary students.

Premier Kathleen Wynne announced Wednesday that the government will start public consultations to modernize the curriculum.

"There's a lot of work that has to be done in the math curriculum," she said. "We know there are challenges with the math curriculum. Even though we've got great staff and we've put lots of money into the teaching of math, still there's something going on there that we're just not feeling like we're seeing the results that we should."

The tests showed that only half of Grade 6 students met the provincial standard in math, unchanged from last year, and 62 per cent of Grade 3 students met the standard, a one percentage point decrease from the previous year.

That's despite a three-year, $60-million math strategy implemented last year that puts an average of 60 minutes per day of "protected math learning time" in the curriculum for Grades 1 through 8. It also designates up to three "math lead teachers" in all elementary schools and a dedicated math professional development day.

Education Minister Mitzie Hunter said last week that the program had only been in place for one year, and the government wanted to give it time to assess the impacts. On Wednesday, Wynne acknowledged her announcement came close on the heels of that program, but defended the review as necessary.

"We made changes just last year," she said. "They haven't had a long time to set, but we do need to look at whether we're doing everything that we can to make sure that kids are getting those math skills."

Ontario's poor and stagnant math scores are in line with assessments from the Organisation for Economic Co-operation and Development. It found that eight of 10 provinces recorded statistically significant decreases in scores between 2003 and 2012, with Quebec holding steady and Saskatchewan logging a much smaller decline.

Only students in Quebec exceeded the Canadian average.

Wynne also announced Wednesday that a new Ontario curriculum will place more emphasis on life skills such as communication, problem solving, critical thinking, creativity and what she called "global citizenship."

"Yes, we need to look at math and we need to make sure that all the supports are there," she said. "But then there's a broader refresh of the curriculum that has to do with those other skills. Math is part of this but it is not the only thing that we'll be looking at."

Ontario will also introduce new report cards starting next school year, which, in part, will track students' development of such skills, the government said.

Hunter said teacher training and professional development will be a core aspect of the curriculum "refresh."

"We're working together with our education partners to set out the framework to do this transformation over the next three to five years," she said. "We know how critical teachers and educators are to outcomes for students."

The standardized test itself -- conducted by the Education Quality and Accountability Office -- will be updated "to make sure it's aligned with the refresh of the curriculum," Hunter said.

She also announced Tuesday that Ontario will spend $49 million over three years for new and expanded programs to help students' mental and physical health.