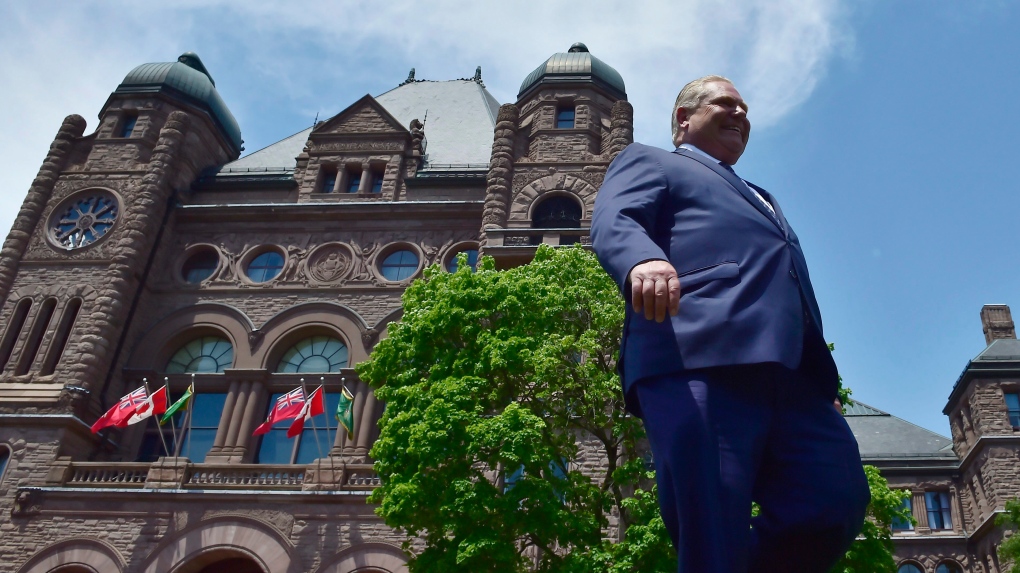 Ontario premier-elect Doug Ford walks out onto the front lawn of the Ontario Legislature at Queen's Park in Toronto on Friday, June 8, 2018. (THE CANADIAN PRESS/Frank Gunn)

TORONTO - Ontario's privacy commissioner is seeking legislative changes that would give his office oversight of political parties.

Brian Beamish says recent events have shone light on how political parties collect and use personal information to target people for political gain, often without those people's knowledge or consent.

He says the personal information held by political parties can also be vulnerable to cybersecurity threats and privacy breaches, but that people affected by those breaches currently have no recourse.

Beamish says subjecting political parties to privacy laws would help address the ethical and security risks associated with how they collect and use personal information.

The move comes after Progressive Conservative Leader Doug Ford came under fire during the Ontario election campaign over allegations his candidates might have used stolen data to further their cause.

One Tory candidate resigned shortly after his former employer issued a statement about what it called an "internal theft of customer data" affecting 60,000 people.