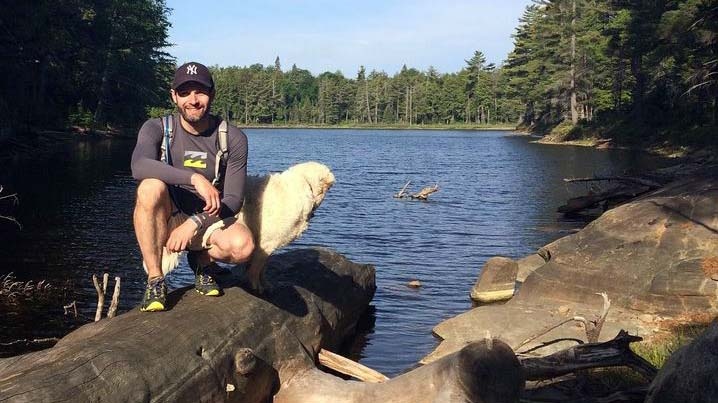 Drew Czernik poses for a photo on Tonakela Lake, in Algonquin Park, Ont.

An Ontario man is spending his summer weekends attempting to paddle through 100 of Algonquin Park’s more than 1,500 lakes.

Between Victoria Day and Canada Day, Drew Czernik has already crossed 47 lakes off his list, although he says many of those were low-hanging fruit.


The 34-year-old from Ottawa says his motivation is simply to see more of the famous park, where he worked as a teenager. He’s been blogging about his trips and sharing photos on Instagram.

Czernik has made plenty of new memories, including when he and his wife found themselves just a few metres from a moose cow and her two calves.

“That was really cool, but also a little terrifying,” he said. “A moose with kids is very protective.”

Czernik has also discovered some awesome new camp sites, including one at Harness Lake that he says is great for swimming.

This is a pretty perfect site on Harness Lake (#46). Great swimming rocks, lots of tent sites, fantastic view of the lake, that tree thing on the left. Everything you want in a site. Especially the tree thing. #algonquinpark #algonquin #algonquinparkig #paddlecanada #harnesslake #ontarioparks #camping

Czernik is looking forward to making more memories on the next 53 lakes, particularly when he takes his daughter along a few weeks from now.