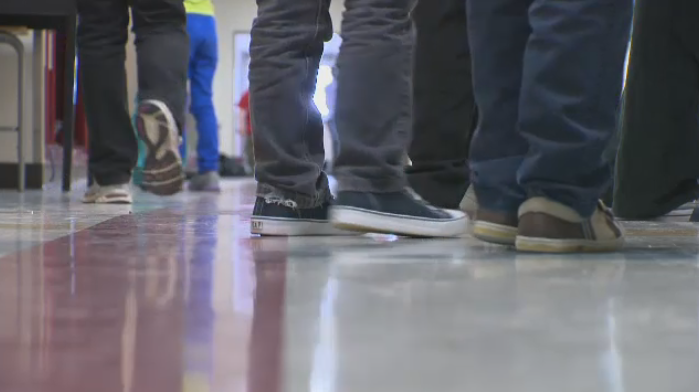 12 youth in the care of a children's aid society or Indigenous Child Wellbeing Society died over a three-and-a-half-year stretch from 2014 to mid 2017.

TORONTO -- Ontario's child welfare system is letting youth down by ignoring their cultural and emotional needs and failing to allow them a direct say in their own care, the province's chief coroner said Tuesday.

Dr. Dirk Huyer said the need for change is starkly spelled out in a report commissioned by his office after 12 youth in the care of a children's aid society or Indigenous Child Wellbeing Society died over a three-and-a-half-year stretch from 2014 to mid 2017.

Two thirds of those children were Indigenous, most died by suicide, and all contended with mental health struggles while living away from home.

Huyer said the report, prepared by a panel of experts, shed light on a crisis-driven, patchwork system that risks leaving youth adrift and uncared for.

"There isn't a system that provides integrated, effective care for these high-risk youth," he said in an interview. "There's lots of good people trying to do things, but the system itself ... doesn't allow conversation between different parts of the system to allow (children) to get better or to be treated."

Of the 12 cases examined by the report, eight were Indigenous youth who came from families that showed signs of "inter-generational trauma." They also routinely dealt with the effects of poverty in their remote northern communities, including inadequate housing, contaminated drinking water, and lack of access to educational, health and recreational resources, the report said.

Once the child welfare system became involved, the report found many of the children bounced between numerous residential placements ranging from formal care arrangements with more distant relatives to group homes hundreds of kilometres away from family.

The report found the 12 children lived in an average of 12 placements each. One one young girl stayed in 20 different placements over 18 months, the report said.

All the children had a history of harming themselves, but most received little to no treatment for underlying mental health issues, it said.

Eight killed themselves, two deaths were ruled accidental, one was undetermined, and the death of one 14-year-old girl was ultimately deemed a homicide, the report said.

That girl's case history suggests she and two staff members at the home she was living in locked themselves in a room to avoid another young resident. The girl and one of the staff members reportedly died when a fire broke out on a floor below them.

The report found that the child welfare system assigned placements with little regard to a child's longer-term needs, such as emotional supports or cultural connections.

"None of these young people were safe, in their homes of origin or in most of, and in particular their final, placements," the report said.

"Child protection agencies seemed to be overwhelmingly concerned with immediate risk and more often than not failed to address longer term risks, which the panel often felt were both predictable and preventable."

The report highlighted the fact that children were given no say in developing their care plans, adding that the results were programs that made no mention of identity issues central to the people they were supposed to benefit.

There were "minimal efforts made toward inclusivity" for the Indigenous, black, and LGBTQ children at the heart of the report, the panel said, adding that efforts to speak up on their own care plans were often dismissed as "attention-seeking."

The report also found frequent communication gaps between child welfare agencies, no consistent means of tracking a child's placements, no standard definitions for the various types of care homes available and the services they provide, and little oversight from Ontario's Ministry of Children, Community and Social Services.

Huyer said Indigenous communities face additional barriers, such as provincial legislation that's ill-suited to the realities in remote parts of the province and challenges associated with deploying scant resources over a vast geographical area.

The provincial government was the focus of the report's five recommendations, which include calls to create a "holistic" and "integrated" set of core services available to all children. Mental and physical health services, as well as education and child care, should be among those core services, the report said.

Other recommendations included calls to improve the number and quality of placements for people in care, ensuring high-risk youth have a slate of services available to them until the age of 21, and providing equitable, culturally and spiritually safe services to Indigenous communities.

"I look forward to working collaboratively with the Ministers of Health, Education and Indigenous Affairs to bring about swift changes," MacLeod said, adding youth with lived experience, community leaders and LGBTQ groups would also be consulted.

Alvin Fiddler, Grand Chief of the Nishnawbe Aski Nation representing many northern Ontario Indigenous communities, called on the federal and provincial governments to form a committee focused on implementing the panel's advice.

"This report shows the urgent need for change in the care of at-risk youth," Fiddler said. "I thank the Chief Corner and panel members for this report, which echoes our fears over the treatment of youth in the child welfare system."