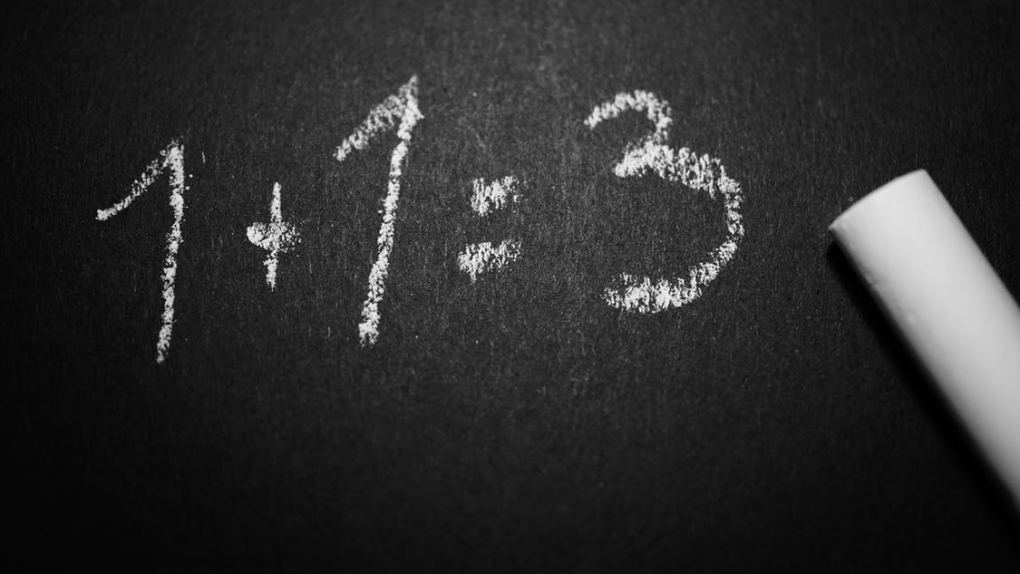 The Ontario government's "back to the basics" approach to math education reverses the course set under previous Liberal and PC governments. (George Becker / Pexels)

TORONTO -- The Ontario government is considering implementing mandatory annual math testing for all teachers in the province.

Teachers would be required to pass the test in order to continue teaching, and it would apply to both primary and secondary level educators, even if they do not primarily teach mathematics, senior government sources told The Canadian Press.

The Progressive Conservative government has repeatedly promised to take measures to improve student math scores, which have been declining for years across the province.

The consideration of the annual test for all teachers comes after the government passed legislation Wednesday that will require all aspiring teachers in Ontario to pass a math test before receiving their licence.

Premier Doug Ford said Thursday that the government was looking at expanding that requirement so it applied to all teachers every year.

"I have an idea: Why don't we test all the teachers, rather than just new ones, on learning how to deliver math?" he said during question period.

Harvey Bischof, the president of the union representing secondary school teachers in Ontario, called the idea "nonsensical," saying it could put effective teachers out of work.

"High school teachers in Ontario are subject specialists. If you're not qualified to teach math, essentially, you don't. And if you are qualified, you don't need a test," he said in a phone interview.

"Imagine taking an effective art, history or geography teacher, and finding out they can't solve a quadratic equation, and preventing them from teaching the subjects that they're highly qualified to teach."

The government hasn't said yet what the annual test will look like or who will administer it. It has said it would still need to consult with teachers and parents on the matter.

Last August, the Education Quality and Accountability Office, which administers standardized assessments in the province, said math test scores among public elementary students in Ontario have been decreasing over the last five years.

The agency also suggested that efforts by the previous Liberal government to reverse the trend haven't worked.

Meanwhile, 45 per cent of Grade 9 students enrolled in an applied math course met the standard, while that figure stood at 84 for those in the academic math course. Academic courses focus more on abstract applications of concepts, while applied courses focus on the practical.

Government sources said the EQAO scores, combined with feedback from parents who are concerned about the issue, are prompting consideration of the new annual test for all teachers.

Opposition critics have said the government should be bolstering curriculum supports and teacher training instead of imposing a test on teachers.

NDP education critic Marit Stiles said the government needs to provide more information on its plan. The best way to ensure students pass their math courses is to have enough teachers' in the classroom, she added.

"I think the government makes policy up on the back of a napkin," she said. "I don't know what the details are. It just sounds like the premier's musings right now."