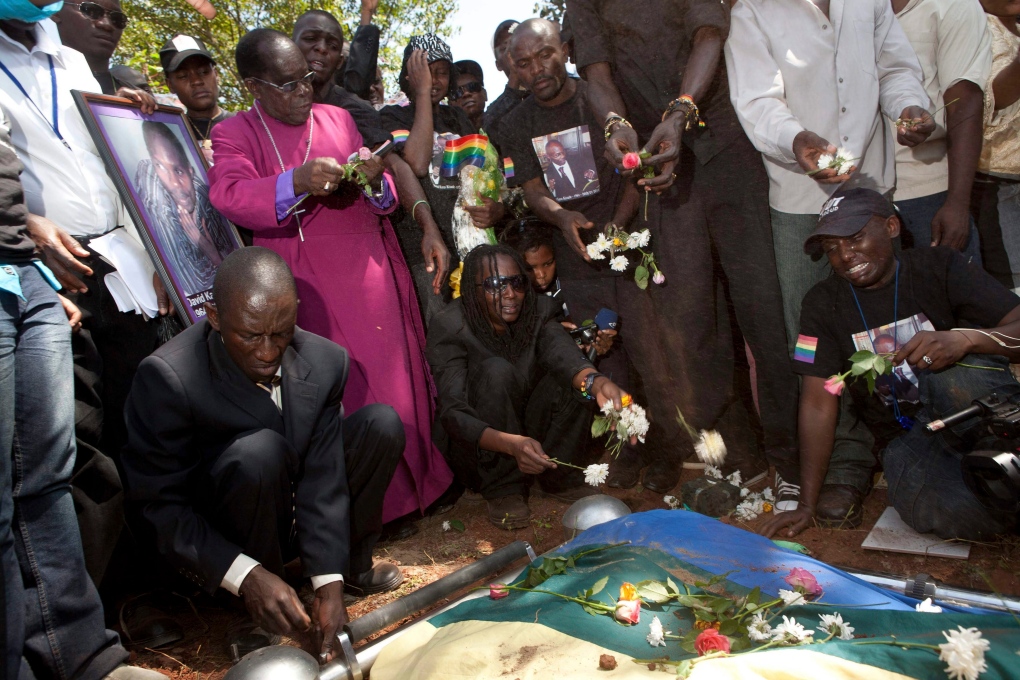 A Canadian Christian communications group that does taxpayer-funded development work in Uganda has rejected allegations that it is anti-gay and shares the east African nation's widely-condemned views on homosexuality.

The group has received approximately half a million dollars in support for the Uganda project from the Canadian International Development Agency.

The Canadian Press reported Monday that a link on the Crossroads website, which has since been removed, listed homosexuality as a perversion and a sin. Canada, meanwhile, has strongly condemned Uganda for the virulent homophobia that has been allowed to exist there. Uganda is even considering a bill that could include the death penalty for homosexuals.

Crossroads issued a statement saying there is no connection between the group’s religious views on homosexuality and the Ugandan government’s proposed legislation.

"Crossroads is not anti-gay. At the heart of the Crossroads organization is a desire to love people unconditionally and to serve them selflessly," said the statement, released after the story broke.

"Crossroads believes that God, as the Creator of the human race, outlines in the Bible ways for us to live in order to experience the most fulfilling life possible, and that God's blueprint encourages sexuality within a marriage."

The statement added that Crossroads delivers aid based solely on human need, and has no involvement with foreign governments' politics or policies.

"Having said that, Crossroads supports the Canadian government's position that strongly opposes the criminalization of homosexuality and violence on the basis of sexual orientation," the statement said.

Under fire in the House of Commons on Monday, Minister for International Co-operation Julian Fantino defended the government's decision to support Crossroads, saying CIDA funds groups based on their results, not their religious views.

However, he earlier tweeted that officials will review the organization before further payments to Crossroads are made.

Opposition Leader Tom Mulcair drew a direct connection Monday between Crossroads' view of homosexuality and Uganda's controversial stalled legislation. And he suggested the federal government is acting hypocritically by condemning Uganda's anti-gay policies on one hand, then supporting an evangelical group that believes homosexuality is wrong.

Crossroads says it has provided over $35 million in relief and development aid in more than 41 countries since 1982, and has had status as a non-governmental organization partnered with CIDA for the past 10 years. In that time, CIDA has contributed over $2.6 million to its efforts.

"Crossroads welcomes the review by CIDA as referenced by Minister Julian Fantino so that funding continues for the families in such desperate need of clean drinking water and sanitation," the statement said.

A recent study by the Canadian Research Institute on Humanitarian Crisis and Aid found that between 2005 and 2010 funding for religious non-government organizations increased 42 per cent, while secular groups saw an increase of five per cent.