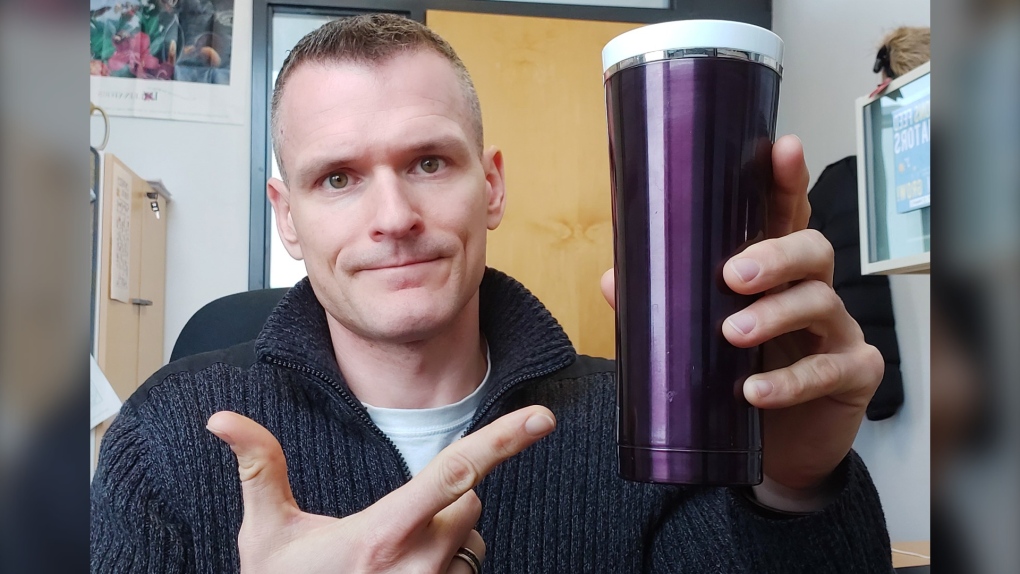 Matthew Boeckner says he was shocked and confused after a McDonald's restaurant in Brighton, Ont. refused to serve him coffee in his reusable mug.

TORONTO -- An Ontario man says a McDonald’s restaurant wouldn’t accept his reusable mug and told him to use one of the company’s disposable cups if he wanted a coffee.

Matthew Boeckner said he stopped at the McDonald’s location at Telephone Road near Brighton, Ont. on Dec. 26 and was surprised when an employee declined to fill his travel mug, citing a franchise policy against allowing customers to use reusable mugs.

“This is something I do all the time -- it didn’t make a whole lot of sense,” Boeckner said in a telephone interview with CTVNews.ca.

Boeckner says he was confused by the unexpected response and asked to speak to a manager, who confirmed that the location does not accept reusable mugs due to concerns over contamination. She added that customers’ travel mugs don’t always fit properly under the machines.

Boeckner said his mug is a standard-sized travel tumbler and hadn’t been used that day.

“I told her, ‘This is one way that customers are looking to help and you’re not meeting them in this desire to be better for the environment’,” said Boeckner. “She said, ‘No, there’s nothing I can do’.”

Boeckner said the manager admitted to bringing in her own reusable mug to use at work but said it’s the policy of the franchise to not allow customers to do the same.

He said the manager told him that he had to use one of the store’s disposable cups if he wanted a coffee. He refused and left the store.

“The funny thing is… all the trash cans outside of the location were overflowing with paper cups,” he said. “You couldn’t even fit a piece of gum into them because they was no room.”

Managers at the McDonald’s location declined to comment on the incident when contacted by CTVNews.ca.

Boeckner later contacted the fast-food chain’s corporate office to file a complaint. He says the customer service representative he spoke to reiterated the concerns the manager had expressed to him.

In an email statement to CTVNews.ca, McDonald’s Canada said it is “assessing a new policy around reusable cups and will be testing procedures at our standalone McCafe locations in Toronto and our two Green Concept Restaurants in the near future.”

McDonald’s Canada did not say what this new policy would entail or what its existing policy includes, but did say that the company is working towards “sourcing 100 per cent of guest packaging from renewable and/or recycled materials.”

Boeckner says he will no longer go to any McDonald’s locations because of the incident.

“I, for one, will no longer be looking to McDonald's for my coffee needs,” he said. “This is a terrible step in the wrong direction when trying to reduce single-use packaging.”