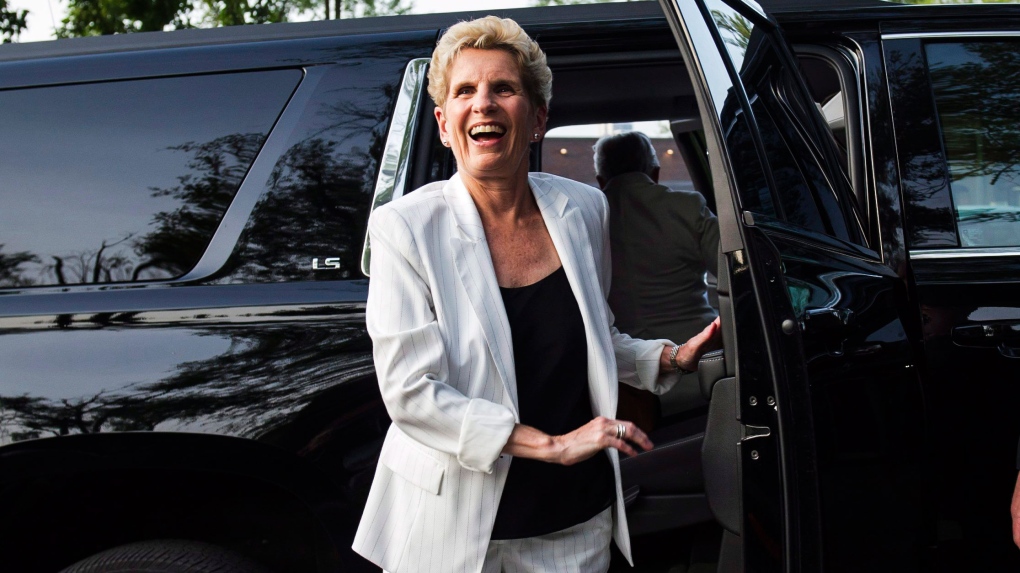 Ontario Liberal Leader Kathleen Wynne arrives at the Liberal election party in the riding of Don Valley West in Toronto on election day in Ontario, on Thursday, June 7, 2018. THE CANADIAN PRESS/Christopher Katsarov

Party president Brian Johns said Tuesday in a statement he has informed the party executive that an interim leader will be selected within the coming days but does not say anything further about the timeline.

An interim leader is selected by a vote of the party caucus, the presidents of riding associations without an elected Liberal legislator and party executive members.

Johns says once the vote is called those eligible have 24 hours to cast a ballot with a winner decided by a simple plurality.

Johns says more information about candidates for the interim leadership will be made available in the coming days.

Wynne's resignation came after the party suffered the worst election defeat in its history, reduced to seven seats in the provincial legislature -- one shy of attaining official party status.