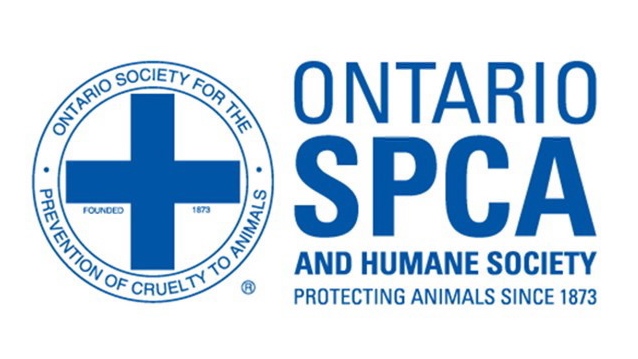 Ontario's animal welfare agency, Ontario SPCA, plans to pull back from investigating cruelty cases involving livestock and horses as part of a restructure that insiders say may eventually see all its resources go toward shelters and rescue programs. THE CANADIAN PRESS/HO, OSPCA

TORONTO -- Ontario's animal welfare agency plans to pull back from investigating cruelty cases involving livestock and horses as part of a restructure that insiders say may eventually see all its resources go toward shelters and rescue programs.

The Ontario Society for the Prevention of Cruelty to Animals, whose officers have police powers and can lay both provincial offence and criminal animal cruelty charges, said lack of funding and years of financial losses had led to the decision.

"We're looking for help and we're challenging the status quo," said OSPCA spokeswoman Alison Cross. "Otherwise these challenges will never be addressed. We have to restructure."

Sources say the OSPCA has been quietly discussing the merits of remaining in the animal cruelty investigation field altogether, citing increasing costs and the collapse of several high-profile cases, such as a probe involving Marineland, which have contributed to poor public perception of the organization.

Last week, the OSPCA called in its animal welfare officers from across the province for a meeting at its headquarters in Stouffville, Ont., north of Toronto. There, CEO Kate MacDonald laid out the organization's plans for the future.

"During our meeting we felt it was important to begin our discussion on our new focus we'll be undertaking over the next year," said OSPCA deputy chief Jennifer Bluhm.

Part of the plan MacDonald discussed at the meeting was farming out animal cruelty protection of large farm animals to the Ontario Ministry of Agriculture, Food and Rural Affairs.

That was news to the Progressive Conservative government, which pays the OSPCA $5.75 million each year under an agreement that stipulates the agency is responsible for running a call centre to respond to animal cruelty tips, a major case team to investigate complex cases, a registry of zoos and aquariums and specialists to investigate those facilities, as well as animal cruelty coverage of First Nations and northern Ontario.

A government spokesman said the OSPCA had not notified the province of its plan. The Ontario Ministry of Agriculture, Food and Rural Affairs assists with inspections and investigations related to farm animals when requested by the OSPCA or police, but it does not have the authority to enforce the provisions of the OSPCA Act, Brent Ross said in an email.

"In the event the OSPCA no longer performs these duties, police services have authority to enforce animal welfare laws," he said.

The OSPCA said it has for years operated its enforcement arm at a significant financial loss and had to balance the books by pulling from its donor dollars that it uses to fund its other operations, which include shelters and rescue programs. The OSPCA said that will stop by 2019.

The agency brought in $7 million from donations and fundraising last year, according to its 2017 financial report. It took in about $2.4 million in municipal contract fees and $2.1 million in shelter and veterinary revenue. The report states animal care and protection cost nearly $14 million.

The OSPCA said it continues to respond to livestock cruelty concerns, but hopes that the provincial government will take over that role.

However, some of the officers who attended the agency meeting last week said they were left with the impression that the move was imminent.

"We are no longer all things to all animals...We are no longer investing in investigations," MacDonald said at the meeting, according to two officers who were present but did not want their names used for fear of being fired.

"It sounds like we'll become a dog and cat cruelty organization," one of the officers said. "Those are much easier to deal with."

When asked about the CEO's remarks, the OSPCA said it strives to be a leader in animal welfare, but that no single organization can do the work alone.

"As we restructure, the Society will turn to other industry experts to assist in addressing concerns for animal welfare," Cross, the spokeswoman, said.

There are currently 71 officers who respond to animal cruelty concerns across the entire province, down from about 200 a decade ago.

The OSPCA started as an animal shelter in 1873. In 1919, it entered into an agreement with the provincial government to enforce animal cruelty laws through legislation that created the OSPCA Act. The OSPCA received little government funding until 2012 when then-Liberal premier Dalton McGuinty decided to augment their enforcement abilities and give them more than $5 million annually to carry out those new responsibilities.

A 2016 report titled "Difference Makers: Understanding and Improving the OSPCA's Animal Cruelty Investigation Network" found that the majority of officers are poorly paid, work in the field alone often facing dangerous circumstances, and are responsible for "extremely large geographic regions."

One of the authors, Kendra Coulter, the chair of labour studies at Brock University, said funding for the OSPCA is insufficient.

"The idea of using donor dollars to help fund the enforcement of public laws, to me, is very problematic," she said. "(But) I don't think abandoning large groups of animals, many of whom are the most vulnerable, is the appropriate response to financial constraints."

Coulter also criticized the entire set up of a private charity using public money to enforce the law, citing lack of transparency and accountability.

"It's an organization with a board and upper management that makes a range of decisions on how to spend public money and the public has few opportunities to better understand how those decisions are made," she said.

Internal documents show the agency has been struggling financially for years.

In November 2016, it was forced to disband its major case management team, a centralized group of specialized investigators tackling complex cases like dogfighting rings and allegations of cruelty at zoos and aquariums, according to an internal memo.

The agency said the team was struggling to keep up with more than 15 complex cases per year, so it decided to instead deploy specialists throughout the province, a tactic that was more efficient.

Mike Zimmerman, a former manager of animal welfare with the Ministry of Community Safety and Correctional Services who was involved in the drafting of the 2012 agreement, said the agency crying poor was a false argument.

"They were doing investigations entirely on their own income when the government said we'd like to help with that and provide money for additional services and strategies," he said. "And they'd had little government money going back to 1919."

Zimmerman said under the 2012 agreement, the government was never meant to provide all the funds for enforcement, adding the OSPCA fundraises on the backs of their cruelty investigations.

"They're operating in a way that ignores their primary reason to be, which is to protect animals in Ontario -- all animals," he said.