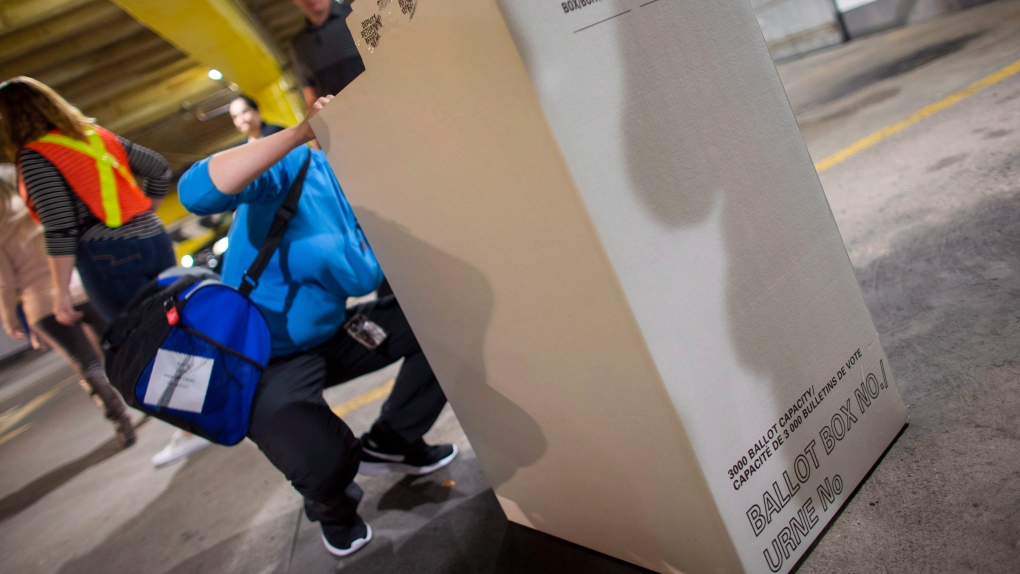 TORONTO -- A major online voting issue that forced more than 50 communities in Ontario to extend municipal election voting hours prompted questions on Tuesday about the integrity of the balloting process.

One candidate, forced to wait more than 24 hours longer to find out that he had won the mayoralty, called the process disconcerting and questioned the wisdom of having no paper-ballot backup. In addition, Chris Peabody urged the provincial government to study internet balloting and to update election laws to reflect new realities.

Instead of either celebrating a win or drowning a loss in a drink, Peabody and scores of other political hopefuls found themselves for much of the day grappling with the online glitch.

"It makes you really question whether it's worth putting all the time and effort into it," Peabody said of his run for mayor of Brockton, Ont. "It might be one of the reasons there's so much cynicism and so many acclamations in municipal politics this year in Ontario."

In all, 51 municipalities using Denver, Colo.-based Dominion Voting Systems had problems. Some opted to extend voting by an hour or two, but others like Brockton in midwestern Ontario pushed the deadline back a full 24 hours.

In a statement late Monday, Dominion blamed an unnamed Toronto company for limiting incoming online voting traffic. Dominion said the issue was resolved in 90 minutes, but many voters still complained of problems. On Tuesday, the company promised a new statement, but offered no details.

"Our priority is ensuring that our Ontario municipal election customers are able to provide their voters with uninterrupted service until the end of voting," Dominion vice president Kay Stimson said.

One expert was skeptical about Dominion's casting blame on a third-party subcontractor and said communities might never know for sure what really happened. As a rule, said Aleksander Essex, an assistant professor of software engineering at Western University, verifying the integrity of online votes is next to impossible.

"We're left to just trust the vendor and the clerk that they did a good job, (but) why should you have to trust them?" Essex said. "It's not a strong foundation for a democratic institution to be built off of a multinational, completely global infrastructure that is basically being run by business concerns and is completely non-transparent."

Essex said the province "doesn't track anything" and has little idea of what's going on when it comes to electronic voting.

Peabody, who said he's always been wary of online voting in light of hacking concerns and technical problems, wants the Municipal Elections Act updated. For example, the act bans candidates from helping people vote at polling stations. However, with e-voting, a polling station is "somebody's front door if they have an iPhone," the mayor-elect noted.

"The province should look at regulating it," he said. "They need to study the cybersecurity issues and the bandwidth issues, the foreign ownership issues."

Ontario's Government House Leader Todd Smith said individual municipalities will have to deal with the technical issues that emerged Monday.

"It's the responsibility, clearly, of the clerks in those municipalities," Smith said on Tuesday.

Dominion, which bills itself as a leading providing of election counting solutions, charged Brockton about $5 for each of the municipality's 7,500 eligible voters -- about $40,000. In theory, the vote was to have cost roughly 15 per cent less than a traditional paper ballot, which requires staffing and other costs. This year's voting problem may well have increased costs, which Peabody said the company should cover.

The company was also responsible for voting during the Progressive Conservative leadership race that saw Doug Ford, who went on to become Ontario's premier, emerge victorious. That contest was also marked by balloting problems.

Dean Smith, president of Halifax-based Intelivote Systems, expressed sympathy for his rival, Dominion. The company, he said, has a robust system.

"There are always unforeseen factors," Smith said. "When somebody turns the tap off on the pipe and chokes your flow of data, there are going to be repercussions."

In the 2010 election, Brockton ran into bandwidth problems with Intelivote. The municipality got a free online referendum out of it in 2013. However, unlike in 2010 and in 2014, council voted narrowly to get rid of paper altogether for Monday's vote.

The delays prompted some people to give up on voting altogether, Peabody said.

"Some people phoned me and said, 'I really want to vote for you but I've been on there for an hour and a half and now I'm done,"' he said.

In all, at least a dozen municipalities extended voting in their local elections by a day. Those municipalities included Pembroke, Waterloo, Greater Sudbury, and several communities in the Muskoka region. The rest of Ontario's 417 municipal races went off smoothly.