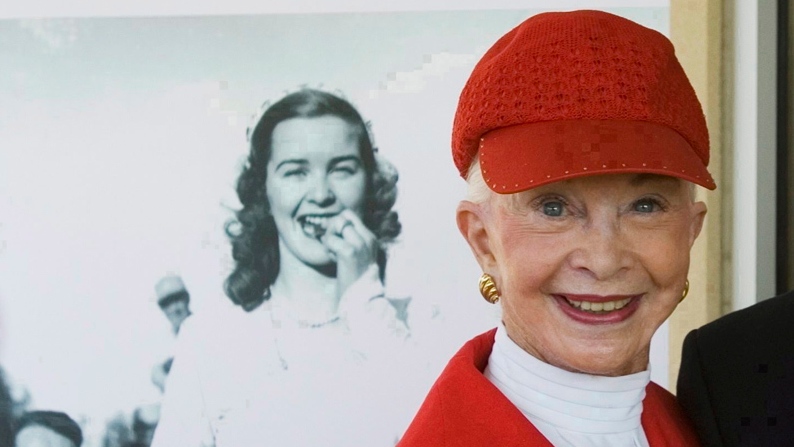 Barbara Ann Scott 1948 Olympic Figure Skating Champion stands in front of a photograph of herself taken during her 1948 Olympic gold medal celebration at a ribbon cutting ceremony for a building named after her in Ottawa, Wednesday May 23, 2007. (Fred Chartrand / THE CANADIAN PRESS)

Barbara Ann Scott, who won gold in women’s figure skating at the 1948 Olympics, has died.

She passed away at her home in Florida around 9:30 p.m. on Sunday, Pat MacAdam, a spokesperson for the family, told CTVNews.ca in a telephone interview from Ottawa.

She had been ailing for several months with an abdominal ailment, MacAdam said, though he could not disclose the exact nature of her illness.

MacAdam said he is not aware of what, if any, funeral arrangements will be made or where the Ottawa native will be buried. However, he has already put in a call to a contact in Ottawa to ask if Scott may lie in state on Parliament Hill or at city hall.

“I think Barbara Ann has earned it,” MacAdam said.

Scott became a national hero after she won Canada’s first singles gold medal in figure skating at the Olympic Games in St. Moritz. She was only 19.

The year she won her Olympic title she also won the Canadian, European and World championships.

Scott again charmed Canadians ahead of the Vancouver Games in 2010, when she proudly served as an Olympic torchbearer.

She had recently donated memorabilia from her career, including her Olympic medal, to the city of Ottawa.

Scott is survived by her husband, Tom.