Nunavut's only humane society to be demolished 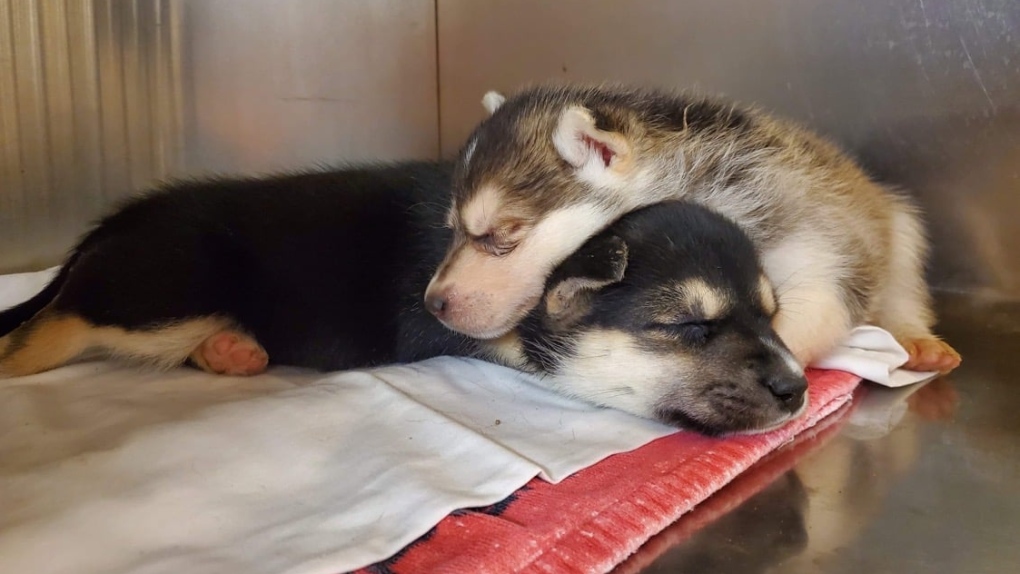 TORONTO -- Canada’s northernmost humane society is set to be demolished next year, and the organization is rushing to raise $1 million in hopes of building a new facility to serve all of Nunavut.

The Iqaluit Humane Society has been around for 13 years and re-homes up to 700 pets every year, often to other parts of Canada. The facility is currently home to 23 dogs in a space the size of a bachelor apartment, but that’s set to change.

The City of Iqaluit owns the property and recently notified the humane society that the aging building, which has a mold problem, needs to be torn down because it is condemned. Humane society president Janelle Kennedy said the tear-down is expected in the spring or summer of 2021, and there won’t be space for them in the new facility.

“The problem is when you keep your doors open month to month on donations, blood, sweat, tears and puppy breath, we just don’t have the money to build something for ourselves,” Kennedy told CTVNews.ca on Thursday morning.

The facility is the only one of its kind in the territory, serving remote communities in an area of 2 million square kilometres, nearly double the size of Ontario. If the humane society is forced to permanently close, Kennedy fears that local officials will face little choice but to euthanize animals with nowhere else to go.

“The only choice they have is basically a shotgun and a dump. That’s the choice. And that’s not a choice that anyone wants to have to make,” she said. “We will fight tooth and nail that it doesn’t have to come to that, but we’re not going to get there without funds.”

In hopes of saving the humane society from closing, organizers have launched an online fundraiser with a goal of $1 million. Already, more than $10,000 has been raised.

The money will be used to construct a new building and pay staff, but organizers say they’re working on a tight timeline with limited spaces to rebuild. Even if they find a plot of land with appropriate zoning for housing animals, it could take months to build the new facility.

Kennedy, who is currently fostering two two-week-old puppies in her home, estimates it will cost at least $400,000 to build a proper facility, a steep price tag linked to the high cost of shipping building materials by boat. If they raise less than that, they hope to make things work.

“We know what it’s like to find scraps of lumber at the dump and leftover stairs and a workable old steel door to make do,” Kennedy said.

The ultimate goal is for the facility to function beyond simply re-homing animals. Plans to offer grooming, dog training and first aid will help the facility be financially sustainable in the future.

And while the facility is geared toward helping animals, Kennedy says it also plays an important role in helping the people of Nunavut. The humane society currently operates programs with the local prison and schools, and pets have long been used in therapeutic settings for people’s mental health.

“I’ve personally taken some teens on the verge of suicide and taken them to shelter, and they take a lot of meaning out of caring for something other than themselves in that moment,” she said.

She also pointed to the Inuit’s traditional relationship with dogs and Canada’s troubled role in the deaths of thousands of sled dogs in the region, known as qimmiit. In an apology last August, Minister of Crown-Indigenous Relations Carolyn Bennett acknowledged Canada’s "participation in the processes that resulted in the loss of qimmiit, which were key to your culture, survival, and community health.”

Kennedy said that losing the humane society would only add to that hurt.

"There is a lot of healing that has to take place in Nunavut between people and dogs and remembering their culture and history and language with dogs, and we want to be part of that too,” she said.

In the meantime, the humane society has applied for the $1 million Arctic Inspiration Prize, which invites Northern communities to submit stories of extraordinary contributions made to their communities. The humane society says it has received a letter of support from the city to bolster its application.

This is not the first time the humane society has faced challenges. In 2011, the facility said it was set to close down due to lack of money and staff to keep operations going. Kennedy said that a new board helped revive efforts to keep the facility afloat, but they find themselves in a similarly dire position today.

“We always joked and said, will someone rescue our rescue?” she said. “We’re facing a new crisis.”