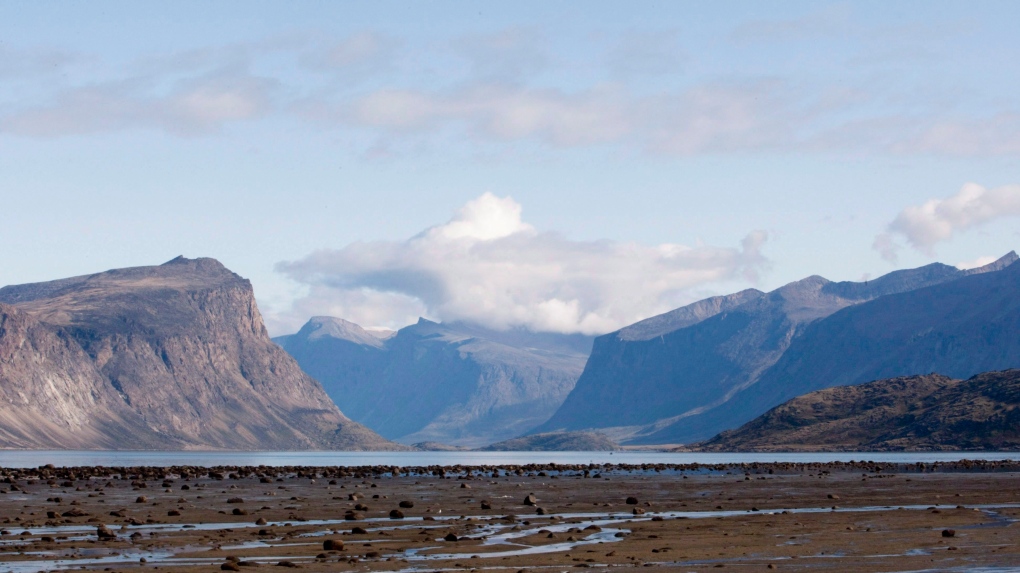 The view towards Cumberland Sound from the hamlet of Pangnirtung, Nunavut Thursday August 20, 2009. Everyone thought things in this Nunavut community were finally been looking up. Pangnirtung, which once had one of the highest suicide rates in the territory, hadn't seen such a tragedy in over a year. A local community group had drawn up a forward-looking, proactive plan to keep its youth safe. People breathed easier. Then came February. THE CANADIAN PRESS/Adrian Wyld

IQALUIT, Nunavut -- Nunavut's health minister says more than one Arctic community is at a crisis point dealing with social problems.

"We already have some letters crying out for more services," said Pat Angnakak, who said several hamlets have written her asking for special help.

Last week, the community of Pangnirtung on the southeast coast of Baffin Island sent a letter to the territorial government that pleaded for extra resources to deal with suicide attempts and growing violence.

The picturesque hamlet of about 1,400 surrounded by mountains, glaciers and ocean had 12 suicide attempts over two weeks last February after a year without a suicide.

Police calls had increased 50 per cent since 2016. Assaults, especially domestic violence, nearly tripled. In March, the territory's poison control centre took 55 calls from Pangnirtung -- three times as many as from any spot in Nunavut.

Booze flows in what is supposed to be a dry community. Local officials said violence is a daily occurrence and the community could no longer cope.

Angnakak said Nunavut has since sent in two mental health workers, filling slots that had long been vacant.

They will join two other such workers. The hamlet also has a 12-step program for addictions. A community wellness group was granted $630,000 to write a wellness plan for Pang.

But Angnakak gave no indication the hamlet will get the kind of investment its letter asks for -- an emergency shelter, basic crisis counselling, victim support and faster mental health referrals.

The demand is just too widespread.

"It's not just one community," Angnakak said. "We have stats from across Nunavut that are high in all the areas you don't want them to be high in.

"It's not just Pangnirtung. It's everywhere."

Markus Wilcke, a Pangnirtung hamlet councillor, welcomed the extra mental health workers. But he said help has to come from more than one government department.

"We need to have a more holistic approach to things," he said. "Things are very fragmented."

He said the community should have a one-stop storefront for people who are struggling with issues from addictions to family violence to trouble with the law.

The two new workers, who may only remain temporarily, amount to "a drop in the bucket," Wilcke said.

He said representatives from four government departments, as well as the RCMP, will attend a hamlet council meeting next Monday.

"We can create in the community, more of a wrap-around service to the people. It is not just a couple individuals that will make the difference. It's also the way they're being integrated into our community services."

Angnakak said the issue boils down the same thing many Nunavut issues boil down to -- lack of resources and infrastructure such as proper housing.

"We need to have more shelters. We have women fleeing from their own houses and have no place to go. We need transitional housing," she said. "It all stems around housing and the need for more housing. We need more money.

"Do you have a magic wand I could wave around a bit?"