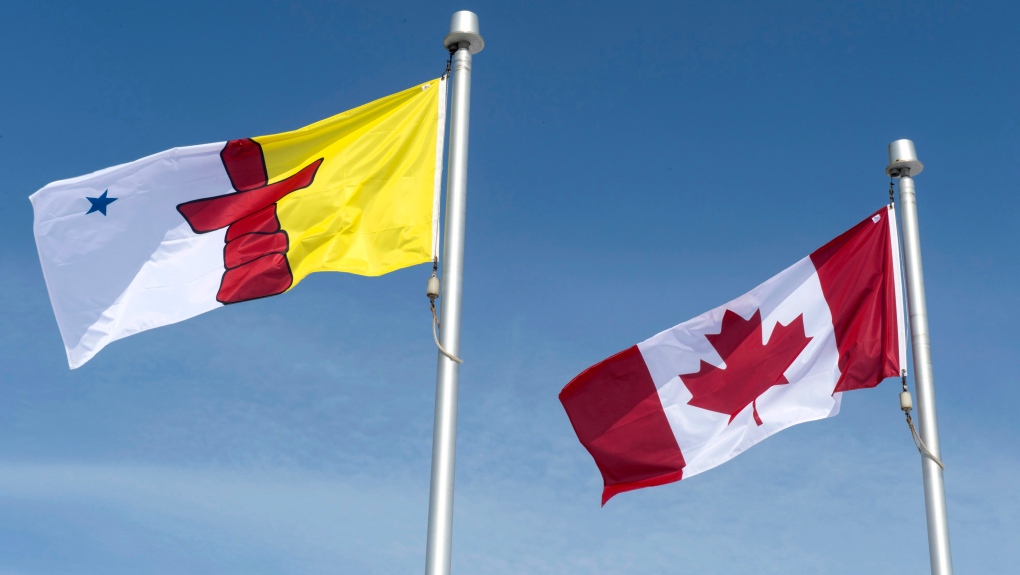 The Nunavut flag and the Canadian flag are seen Saturday, April 25, 2015 in Iqaluit, Nunavut. (THE CANADIAN PRESS / Paul Chiasson)

IQALUIT, NUNAVUT -- Nunavut is reporting seven presumptive cases of COVID-19 at a mine in the western region of the territory.

Dr. Michael Patterson, the territory's chief public health officer, says in a news release that the seven cases are at Hope Bay gold mine, 125 kilometres southwest of Cambridge Bay.

Patterson's office is waiting for test results to come back from a southern lab.

Nunavut confirmed two cases of the virus at Hope Bay on Sept.19, but the government says there is no established link between them and the seven presumptive cases announced today.

The release says the presumptive cases and all known contacts are isolating.

The Nunavut government's rapid response team has been deployed.