Nuclear waste cleanup liability cost up by $2.4B, Ottawa told 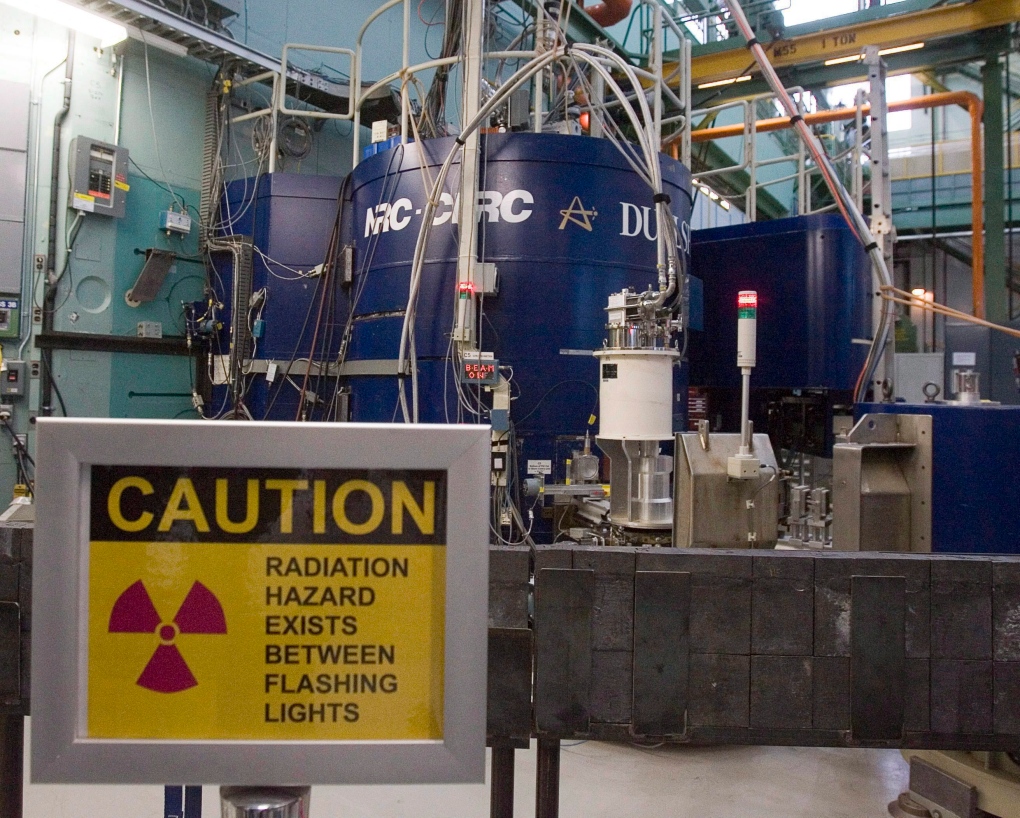 A warning sign is posted at the AECL plant in Chalk River, Ont. on December 19 2007. THE CANADIAN PRESS/Fred Chartrand

The cost of cleaning up Canada’s nuclear program has risen dramatically in recent years and Ottawa is being warned another $2.4 billion is needed, bring the total to $6 billion.

Atomic Energy of Canada Limited posted a statement Tuesday saying liability costs will go up by $2.4 billion from $3.6 billion in March of last year.

The estimate represents the cost associated with "decommissioning, managing and disposing of its radioactive waste in a manner that will ensure long-term health, safety, security and environmental responsibility."

"The main reason for the liability adjustment is an increase in the indirect costs attributed to the decommissioning and waste management over the period of up to 70 years of the program," said a statement posted on the AECL website.

The estimate has not yet been confirmed by AECL management, the AECL board, the Office of the Auditor General or KPMG.

The unexpected cost increases are expected to be passed directly to the federal government and may contribute to the $26-billion federal deficit which Ottawa is struggling to reduce by its 2015 target – a likely election year.

AECL said the additional liability expense will have to be put in the federal government's financial results for 2012-13.

In 2005, Ottawa began looking at the eventual cost to decommission federally-run nuclear plants and the cleanup that would be required at the sites.

As a result of that process, the government put $3.6 billion in liability costs on the books last year.

Now, officials say estimated costs have gone up dramatically around the world and more liability is needed. That led to a second review in mid-2012, according to Natural Resources Minister Joe Oliver.

"Our Government has a long-standing commitment to clean up historic radioactive waste sites for which it is responsible. Many of these liabilities date back to the 1940s and 1950s, when Canada's nuclear sector was just starting out, and waste management knowledge was not what it is today," Oliver said in a statement Tuesday.

He said tough new safety standards to protect the public, greater knowledge of what is necessary to decommission waste sites, and low interest rates which increase the value of liabilities have all contributed to the higher costs.

However, he said the increase would have been more dramatic if AECL hadn't kept up with rising costs and resulting liability increases.

“These cost increases led our government to take concrete steps to ensure that Canadian taxpayers get the best value for their money," Oliver said.

He said the government has taken the following steps:

Ottawa also plans to put in place incentive-based cleanup contracts where contractors are rewarded for cleaning up remediation sites safely and under-budget.