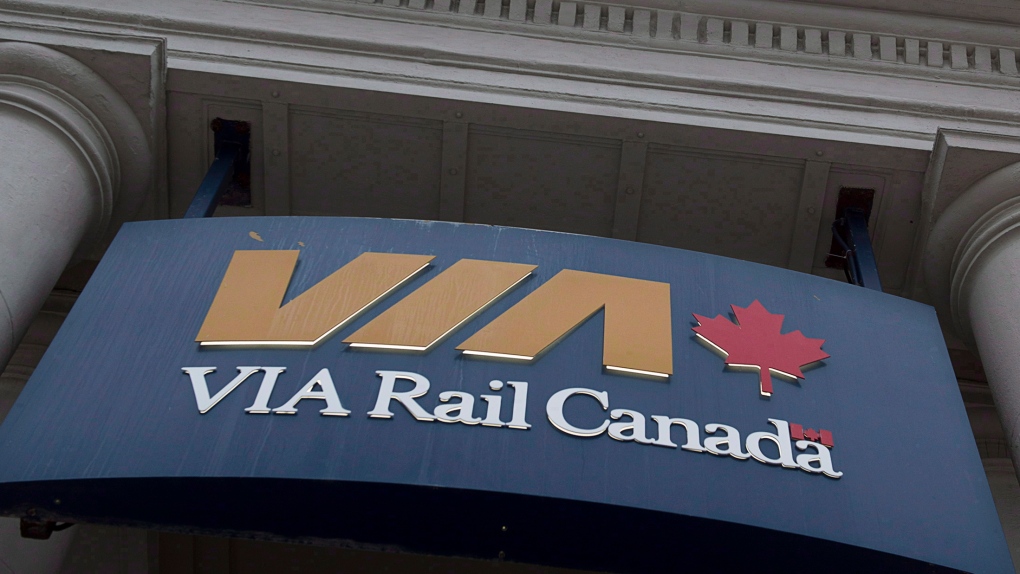 The Via Rail station is seen in Halifax on June 13, 2013. (Andrew Vaughan/THE CANADIAN PRESS)

OTTAWA -- The Supreme Court of Canada says there should be no new trial for two men convicted of terrorism offences.

Raed Jaser and Chiheb Esseghaier were found guilty in 2015 of terror-related charges arising mainly from an alleged al Qaeda-inspired plot to derail a passenger train travelling between the United States and Canada.

Both men appealed their convictions, with counsel for Jaser and a court-appointed lawyer for Esseghaier arguing the jury at the trial was improperly constituted.

In August last year, the Ontario Court of Appeal ordered a fresh trial for the men on grounds the jury was indeed chosen incorrectly.

In a Supreme Court hearing Wednesday, the Crown argued the convictions should not be overturned on the basis of a highly technical error in the jury-selection process that did not cause any harm to fair trial rights.

In a ruling from the bench, the Supreme Court effectively agreed and allowed the federal appeal, saying written reasons would follow.

The court remitted the case to the Ontario Court of Appeal to deal with the "remaining grounds" -- the men's outstanding challenge of their actual convictions.

Federal lawyers had argued that Jaser and Esseghaier were convicted of the most serious terrorism offences in Canadian law after nearly nine months of pre-trial motions and a three-month jury trial.

"Overturning these convictions on the basis of a technical error that had no appreciable effect on the conduct of the trial is a triumph of form over substance," the Crown said in a written submission to the top court.

Federal lawyer Kevin Wilson told the court Wednesday the trial judge had made "a valid exercise of his discretion."

"Everyone in this case wanted to preserve juror impartiality."

Counsel for Jaser and Esseghaier argued for dismissal of the Crown's challenge and said the order of a new trial should be allowed to stand.

Before the terrorism trial, the case's high profile and the fact the two accused were Muslim and members of a visible minority meant that prospective jurors were asked about their ability to be impartial.

Historically during this process, two people were given the role of "triers" who listened to the answers for signs of bias.

Lawyers for the Crown and defence then decided whether to allow the individual to sit on the jury.

The use of "rotating triers" entailed having each newly appointed juror replace one of the two triers for subsequent questioning.

Counsel for Jaser wanted the challenges to proceed with rotating triers, with the other prospective jury members excluded from the room. Esseghaier was unrepresented, as he rejected the criminal justice system on religious grounds.

Due to changes to the law in 2008, there was uncertainty as to whether the procedures Jaser requested were even still available, and the judge eventually approved another method.

In its 2019 ruling, Ontario's appeal court said Jaser was improperly denied his preferred option for jury selection. The court also said that if Jaser should have a new trial, Esseghaier was also entitled to one.

During the hearing Wednesday, Justice Michael Moldaver clearly had trouble with the suggestion Jaser had been placed at a disadvantage, telling his lawyer. "I find the whole thing just Alice in Wonderland almost."

This report by The Canadian Press was first published Oct. 7, 2020.