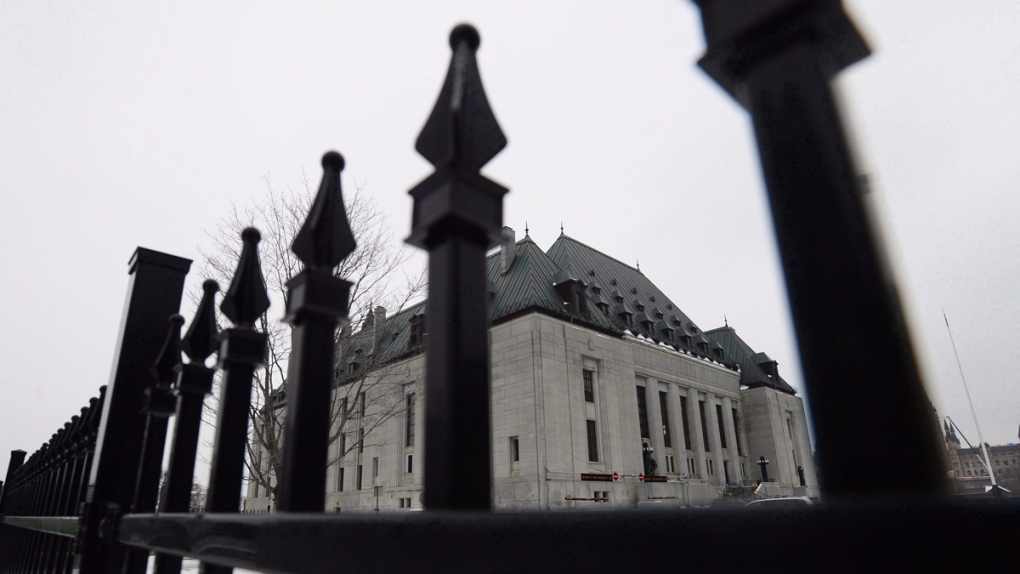 The Supreme Court of Canada is shown in Ottawa on January 19, 2018. (Sean Kilpatrick / THE CANADIAN PRESS)

OTTAWA -- There is no need for new rules to ensure timely justice when young people are charged with crimes, the Supreme Court of Canada has decided.

The ruling came Friday as the high court dismissed the appeal of a young Albertan who was convicted of aggravated assault and possession of a dangerous weapon after a stabbing.

The Charter of Rights and Freedoms says someone charged with an offence has the right to be tried within a reasonable time.

Under a framework established by the Supreme Court three years ago in the R. v. Jordan case, an unreasonable delay is presumed if proceedings -- from the criminal charge to conclusion of a trial -- exceed 18 months in provincial court, or 30 months in superior court.

In the Alberta case, the young person applied for, but was denied, a stay of proceedings even though more than 18 months had elapsed since he was charged under the Youth Criminal Justice Act at age 15.

He was found guilty a short time later.

The teenager, known only as K.J.M. due to his age, then unsuccessfully argued in the provincial Court of Appeal that the delay in his case had not been properly assessed under the new framework.

In its decision, the Supreme Court ruled 5-4 that K.J.M.'s trial had not been unduly long when delays attributable to the defence and other considerations were taken into account.

Further, six of the nine justices agreed that a new, lower time ceiling for youth justice cases was unwarranted.

In writing for five of the judges, Justice Michael Moldaver acknowledged that the youth justice system stands apart from the one for adults. Among the reasons: delay may have a greater psychological impact on a young person and society has an interest in seeing its youngest members rehabilitated and reintegrated as swiftly as possible.

However, Moldaver noted that under the 2016 Jordan framework, a stay can be considered in cases that fall below the time ceilings if the defence can establish it took meaningful steps to expedite proceedings and the case took markedly longer than it should have.

The tender age of an accused person should be considered in assessing whether a case took significantly longer than reasonably expected, Moldaver said.

"But unless and until it can be shown that Jordan is failing to adequately serve Canada's youth and society's broader interest in seeing youth matters tried expeditiously, there is in my view no need to consider, much less implement, a lower constitutional ceiling for youth matters."

Still, Moldaver cautioned that the Jordan framework will not deliver on its promise -- whether for young people or adults -- unless all participants in the criminal justice system work together and take a proactive approach from the beginning.

The majority also said that time spent dealing with young offenders through sanctions outside the court system, such as counselling or community-service programs, should not be included when calculating the length of a proceeding.

Removing disincentives against use of such alternative punishments is an important policy objective given the central role played by these measures in the youth criminal justice system, Moldaver wrote.

In a dissenting opinion, three judges said there should be a 15-month ceiling for youth proceedings in provincial court. The lower limit would recognize the distinct character of young people accused of crimes as well as the particular prejudice they suffer from delay in the youth justice system, Justices Rosalie Abella and Russell Brown wrote on their behalf.