'Next big step': Young Canadians lawsuit given approval to proceed 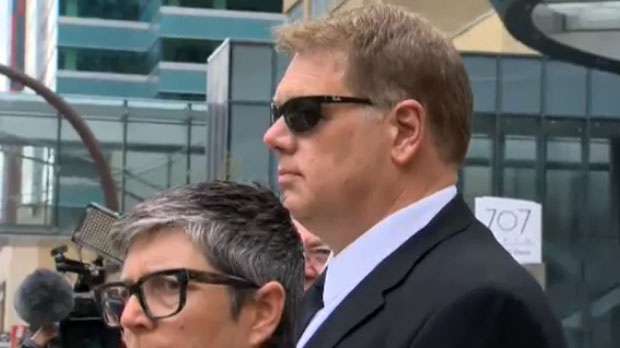 Philip Heerema stands outside of the Calgary Courts Centre on May 1, 2018

CALGARY - A lawsuit filed on behalf of several young men who were sexually abused by a former employee of The Young Canadians performance arts school has passed its first major hurdle.

Proceedings against Philip Heerema, the Calgary Exhibition and Stampede Ltd. and the Calgary Stampede Foundation have been certified as a class action by the Alberta Court of Queen's Bench.

Heerema resigned in 2014 from The Young Canadians when police began investigating several complaints.

The six victims were male students between 15 and 17 who were at the school between 1992 and 2013, and the lawsuit claims the Calgary Stampede was aware of allegations against the former employee, but failed to act.

The next step will be for Heerema and the Stampede to issue statements of defence.