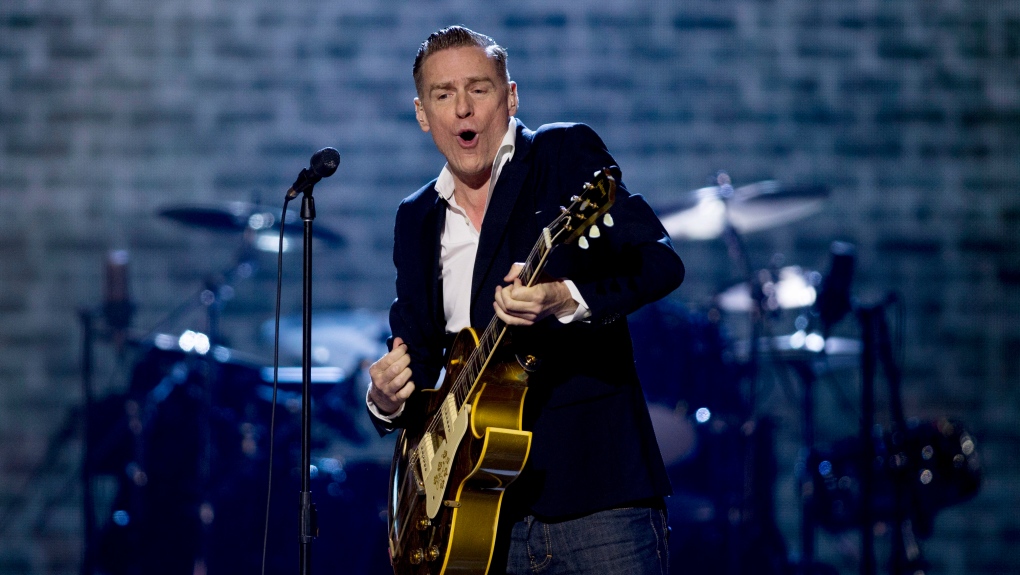 ST. JOHN'S, N.L. -- A Newfoundland woman angry at her boyfriend because they were ejected from a Bryan Adams concert threw a pot of macaroni salad at him and then stabbed his face, a St. John's court has heard.

The 34-year-old woman was convicted of multiple charges after testifying last week that they were thrown out of Adams' July concert at Mile One Centre after getting into conflict with another fan.

She said the fan become angry when she moved near his seat to be closer to the stage.

The man started taking pictures of her with his phone, so her boyfriend grabbed the phone and threw it, prompting security to remove them while Adams was still performing, she said.

Her mother, who had been with them at the concert, later told her they missed a good part of the show, she said.

The woman said she was angry and upset with her boyfriend and confronted him when they got home, asking why he ruined the expensive concert.

"I kept saying, like, he ruined it, it's all his fault and he should've just kept his hands to himself, none of it would have happened," she testified in provincial court. "I was cursing a little bit. I was pretty angry about the situation."

She said she asked him to leave and when he refused, the argument became physical. She testified she pushed him and he threw her to the floor.

As the fight escalated, she said she tried to throw a pot of macaroni salad at him and he threw her to the floor again. She said she then grabbed a knife and pointed it at him.

"It was one of those knives I use to peel potatoes. I decided to pick it up, I guess, to put a bit of fear because at this point I really wanted him out of my house and nothing seemed to be working. So when I picked it up my thought was basically maybe he'll get scared and leave," she said.

She said he grabbed the knife from her and threw it. She said she was cut in the struggle and she wasn't sure where exactly his injuries came from.

The woman was convicted last week of common assault, assault with a weapon, assaulting a peace officer and possessing a weapon for dangerous purposes. She will return to court June 3 for a sentencing hearing.

The boyfriend also testified, saying the stab wound to his face could have come from either of them during the altercation.

Her story conflicted with police officers, who told the court she was aggressive, intoxicated and belligerent. Two officers had testified she tried to spit at one of them.

But she said she had asked to be allowed to spit after being put in a police cruiser, because she was dehydrated and the officer refused, so tried to spit out the door when he opened it.

Judge James Walsh said the woman and her boyfriend were trying to minimize the events to aid ongoing efforts to regain custody of their children.

"There seems to be ample reason for them to minimize what had transpired that night as it relates to the outcome of intervention by (provincial child welfare officials)," he said.

Walsh said the woman was too intoxicated on the night of the incident to have an accurate memory of events, based on the testimony of responding police officers.

Walsh said one snippet recalled by police amounted to an admission of guilt by the woman: that she had told the officers "I was stabbed, too" while being taken into custody.

"'I was stabbed, too,' is indicative of an acknowledgment that (he) had been stabbed and he did not stab himself," said Walsh.