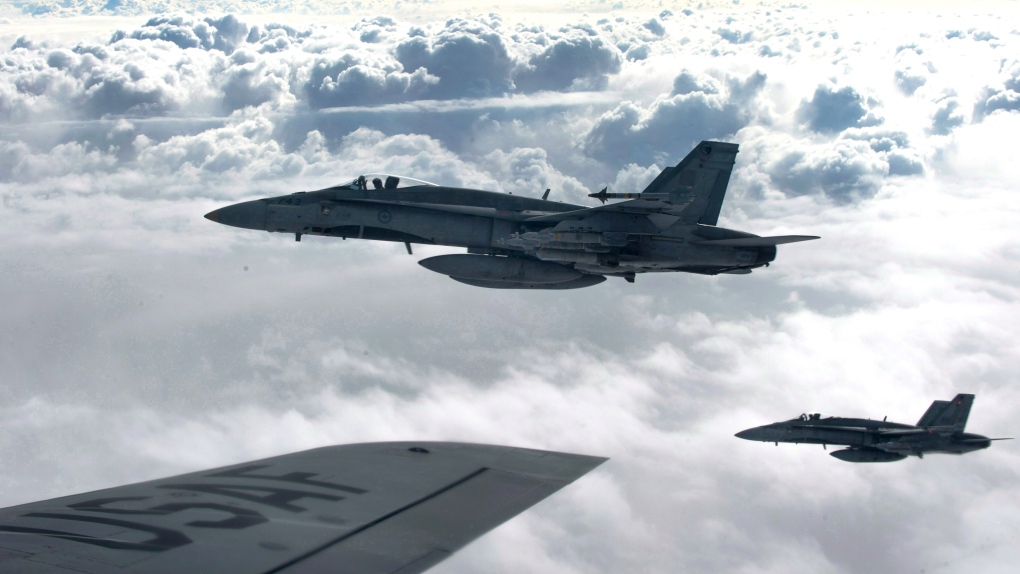 The planes were acting in support of Iraqi security forces' group operations west of Fallujah.

According to information posted by the American and Australian governments, the targets hit in that area were tactical units belonging to the Islamic State.

The group, which has declared a self-styled caliphate, holds about a third of Iraq and neighbouring Syria.

Canada is currently only involved in the air war in Iraq but in year-end interviews, Prime Minister Stephen Harper appeared to leave the door open to joining airstrikes in Syria too.

The Defence Department says they will be providing a full update on Monday about the latest actions by the Canadian military in Iraq.

"Striking ISIL fighting positions degrades their fighting capabilities, denies them safe havens to conduct their operations and contributes to increasing the (Iraqi Security Forces) freedom of movement in the region," the Defence Department said of Wednesday's airstrikes.

Since the Canadian military joined the international air campaign in October, Canadian planes have flown 261 sorties.