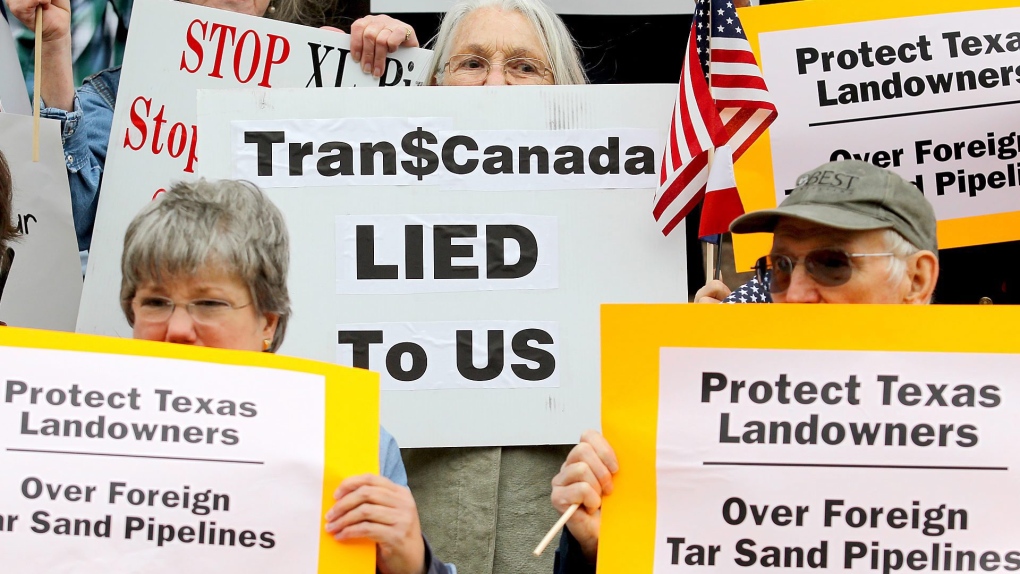 CALGARY -- The National Energy Board is auditing TransCanada Corp.'s natural gas pipeline inspection procedures after an employee raised concerns the company was breaking its own rules as well as those of regulators.

"The board is concerned by TransCanada's non-compliance with NEB regulations, as well as its own internal management systems and procedures," the watchdog wrote in a letter posted on its website.

The employee, who no longer works at TransCanada, approached the board in May with concerns of "regulatory non-compliance," which the NEB then investigated and discussed with the company.

Many of the allegations -- which the board says did not pose immediate threats to the safety of people or the environment -- have been verified by an internal audit undertaken by TransCanada.

Many of the concerns related to non-destructive testing inspections of new natural gas pipelines in Alberta before they were approved for service, said TransCanada spokesman Grady Semmens.

Measures to fix the problems have been completed, or are in the process of being implemented, the NEB said.

But the board is nonetheless conducting its own audit to find out whether TransCanada is still breaking the rules and to determine any "corrective actions that may be required."

There's no set timeline for how long the audit will take.

"With any in-depth review, the National Energy Board takes the time required they need to do a thorough evaluation," said Taylor, adding the board will make its findings public.

Among other things, the NEB will look at:

-- The remediation measures TransCanada has undertaken based on its internal audit.

-- Whether its revised inspection processes meet requirements in the Onshore Pipelines Regulations, 1999

-- The adequacy of a new training program for inspectors.

-- The job description of the new quality assurance/quality control manager.

"Should the NEB audit and inspections result in the finding of residual or additional non-compliances, the board will not hesitate to impose appropriate corrective actions," the board says in the letter.

"All of our employees are required to express any concerns they might have about safety or quality so that they can be investigated and addressed appropriately," he said in an email.

"We make it clear to all of our staff and contractors that we will not tolerate short cuts and we will not do anything to undermine the safety and reliability of our facilities."

For many years, TransCanada allowed its primary contractor on a project hire experts to do the non-destructive testing. TransCanada reviewed the quality and independence of those inspections.

But a decade ago, TransCanada started hiring its own experts to do that work, which it also audits.

"The resolution of many of these issues has involved the NEB and we have been sharing our findings and learnings with the NEB in order to ensure we meet all pertinent regulations and safety codes," Semmens said.

"We look forward to continuing to work with the NEB to ensure we are addressing any concerns about compliance and pipeline safety to their satisfaction."

TransCanada has been in the spotlight in recent years for its contentious US$7.6-billion Keystone XL pipeline proposal to increase the amount of oilsands crude shipped to U.S. markets.

There are concerns a spill from the pipeline could damage drinking water sources in the American Heartland. Some environmentalists take aim at the oilsands crude that pipeline would carry, which they deem dirtier than other sources.

After a series of delays, the U.S. State Department is expected to make a decision in early 2013.