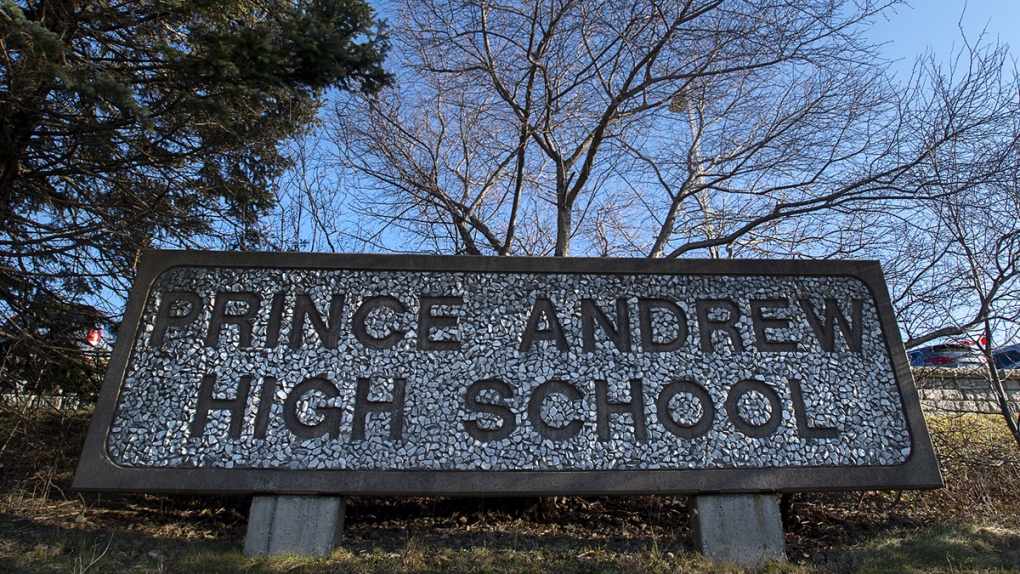 HALIFAX -- The sex scandal involving Prince Andrew is having repercussions at a high school that bears his name in the Halifax area.

The principal of Prince Andrew High School in Dartmouth confirmed Monday he's heard from members of the community who say the school's name should be changed.

"There are people ... who believe that (the name) no longer reflects the values of the community," Brad McGowan said in an interview.

"They're angry. What I'm hearing them saying is, 'You're asking young people to come to a school that carries the name of somebody who possibly has done something to harm young people.' "

The 59-year-old prince, who is the Queen's second son, is facing allegations he had sex with an underage girl between 1999 and 2002.

Earlier this month, Virginia Roberts Giuffre told the BBC she was a sex-trafficking victim and alleged she slept with Prince Andrew three times when she was 17 -- at the direction of sex offender Jeffrey Epstein, who died in a New York City jail cell in August.

Despite the controversy, McGowan said he's also heard from people who feel the school's name, which has been part of the school since it opened in 1960 -- the year of Prince Andrew's birth -- should not be changed.

"There are people who feel very strongly that the name of the school has stood for nearly 60 years and represents something important to the community," he said, adding that he plans to remain neutral on the question. "My job is to ensure that this school reflects the community."

McGowan said he plans to ask the local school advisory council if it would gauge community interest in a name change. "We're just initially opening the door to a conversation," McGowan said, adding that most people in Dartmouth refer to the school simply as P-A.

The council, which includes parents of students and other members of the community, plans to address the topic at a meeting scheduled for Jan. 20. Council chairwoman Belinda Oxner said there could be fireworks.

When asked for her personal opinion, Oxner said she is open to dropping Prince Andrew.

"I think we need to investigate changing the name of the school, given the allegations that have been made against Prince Andrew and the fact that we have students ... who are of the same age as the person making these claims," said Oxner, stressing that she was not speaking in her official role as chairwoman.

As for the school's students, both Oxner and McGowan said few seemed aware of the connection between the school's name and latest controversy to ensnare the Royal Family. "There's nobody talking about it at the school," McGowan said.

Oxner said that changed Monday when complaints from the public were revealed through media reports.

Several other Canadian organizations have already severed ties with the Duke of York since his disastrous interview with BBC last month, in which he denied the allegations and insisted he had never met Giuffre. There was a public backlash after he failed to express concern for Epstein's victims.

As well, Lakefield College School north of Peterborough, Ont., ended the prince's term as honorary chairman of the school's foundation board. The prince attended the school for six months in his teens.