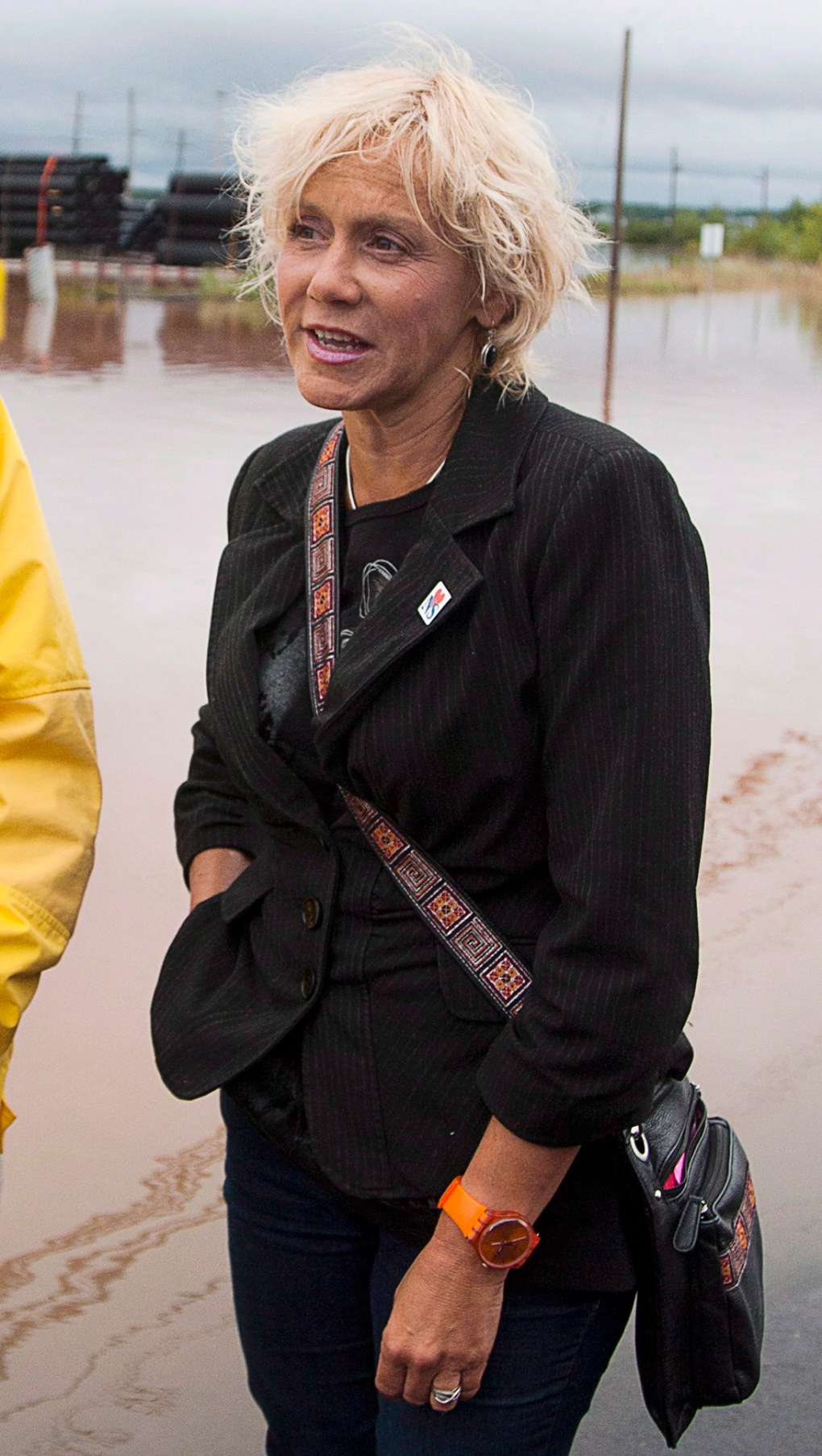 HALIFAX -- A member of the Nova Scotia legislature says she was cyberbullied by a group of people over the past two weeks after someone posted a topless photo of her online.

Lenore Zann said Friday the photo was taken from an episode in the cable TV series "The L Word," in which she played a small part in a prison shower scene in 2008.

When the photo was tweeted to her on Nov. 29, she asked the sender to remove the image, which she said included a message that said, "What happened to the old Lenore?"

But the sender refused, and the online conversation soon included others who retweeted the image and hurled insults at her, Zann said.

"I never signed on for having that image used for another purpose," she said in an interview.

"I signed a contract ... for my image only to be used in 'The L Word' show. It's not just the image of the picture that was disturbing. It was the way that these people ... suddenly targeted me. It increased in velocity and intent. It was constant and it was harassing."

The NDP politician from the Truro area said she later complained to the sender's parents, the local school board, Truro police and Nova Scotia's new cyberbullying investigation unit, known as CyberScan.

Truro police Chief David McNeil said an investigation last week determined the case was not a criminal matter. "Since then, our file has been concluded," he said.

A spokesman for Nova Scotia's Justice Department said the CyberScan unit does not discuss details of individual cases, but Zann said she was told the five-member unit is still looking into the matter.

The unit was set up earlier this year when Nova Scotia introduced the Cyber-safety Act, which the province describes as the first law in Canada aimed at protecting the victims of cyberbullying and making those responsible accountable under the law.

The act defines cyberbullying as any electronic communication "that is intended or ought reasonably be expected to cause fear, intimidation, humiliation, distress or other damage or harm to another person's health, emotional well-being, self-esteem or reputation."

The CBC reported that Nic Scissons, a 17-year-old high school student from Truro, said he sent the tweet, thought it was nothing more than a joke and the issue was blown out of proportion.

However, Zann insisted that subsequent tweets from Scissons and others were filled with nasty taunts and vulgar insults.

"It was becoming more and more like a pack mentality," she said. "They were attacking me."

Zann said the image was eventually deleted after she spoke with the boy's father and school officials.

Scissons did not respond to a request for an interview.

Wayne MacKay, a law professor at Dalhousie University in Halifax and an expert on cyberbullying, said Zann's complaint appears to meet the act's definition of cyberbullying.

He said even if the sender intended the message to be a joke, the law states that an offence has been committed if the accused ought to have known their actions would cause harm.

"It's not about whether you absolutely intended to do it," MacKay said. "It's really looking more at what's the impact on the victim. ... The fact that you didn't really intend to be malicious is not necessarily a form of defence."

MacKay said just because an image is in the public domain, that doesn't mean it can be used for any purpose.

The professor, who led a provincial cyberbullying task force in 2012, said the legal definition casts a wide net. But he said that is necessary to deal with the rapid evolution of electronic communication.

"It's a good object lesson in how simply one can get in difficulty with our new laws," he said.

"A lot of people are not yet aware of how much potential liability they have under that act. ... There may be some problems here, but let's see how it plays out in terms of enforcement and how the courts handle it."

David Fraser, a Halifax lawyer and privacy expert, said the law's net is so wide it will likely be struck down as unconstitutional.

Fraser said what happened to Zann appears to be cyberbullying, as defined under the act, but he argued that the law fails to take into account crucial factors, including the fact that Zann is a public figure.

"The criticism of public office holders is (considered) ... core, Charter-protected speech that cannot be limited in Canada, unless you can justify it under the framework of our Charter (of Rights and Freedoms)," he said.

Fraser went further, suggesting that Zann's request to have her photo deleted could be considered cyberbullying because the sender could have felt intimidated by the demands of a high-profile politician.

"In public forums like Twitter, telling someone that what they have done is wrong and illegal would tend to hurt their self-esteem and reputation," he said. "That is all you need to meet the definition of cyberbullying."