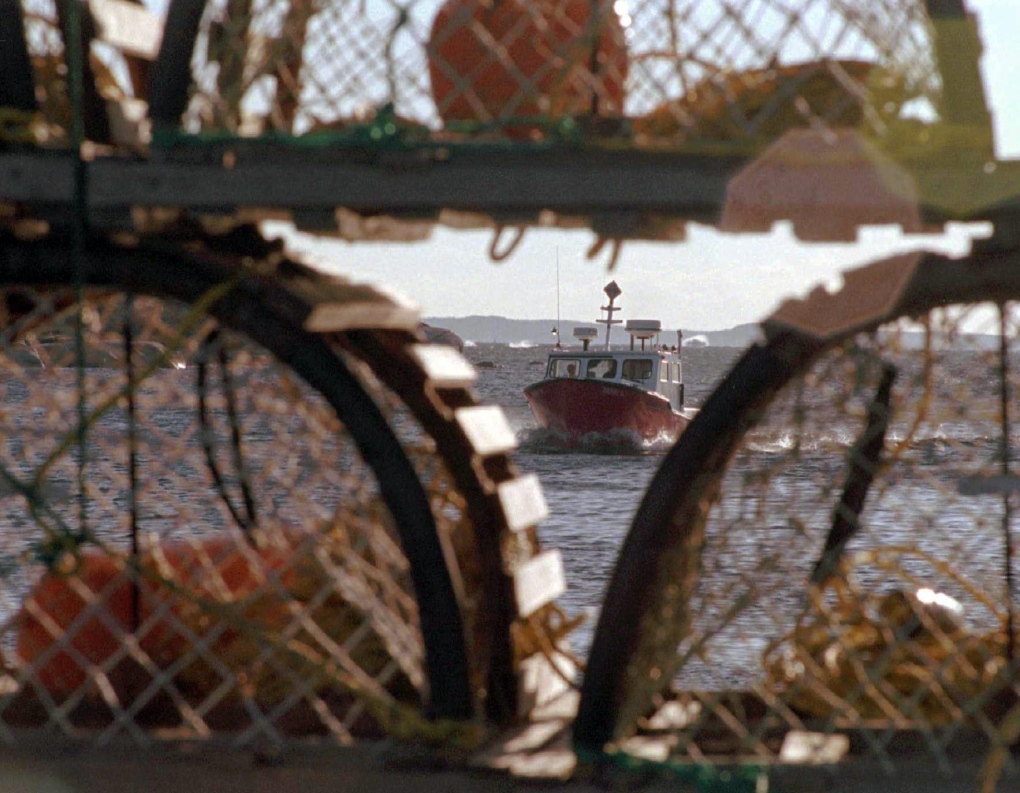 CAPE SABLE ISLAND, N.S. -- Small fishing villages along Nova Scotia's southern shore are buzzing over a whodunit involving 48 crates of pricey, premium-grade lobster that were hauled out of an ocean-based pen in a brazen night-time heist.

Theories are swirling among fishermen and residents around Cape Sable Island about how someone made off with dozens of heavy plastic crates that were packed with high-grade lobsters valued at up to $31,000.

"Everybody's talking about it," said RCMP Cpl. Mike O'Callaghan, who has been investigating the unusual caper since the company holding the crustaceans noticed they were gone last week.

"Things go missing in small amounts, but this was a big hit -- it's definitely different. People are trying to figure it out themselves and they're asking how we're doing and if we caught them yet."

Police say more than 2,100 kilograms of lobster were stolen from the outdoor pound at a business on the island, known as the lobster capital of the province and famed for its Cape Sable Island fishing boats.

O'Callaghan said the shoreline pen has high banks and is loaded with 45-kilogram crates of lobster, making it unlikely that whoever took the lobster was working alone.

Because of rough seas last Tuesday night and the size of the theft, police believe the crates weren't taken by boat and were likely loaded onto a large truck by several people.

O'Callaghan said they had reviewed security camera footage from the site, but it hadn't yielded any clues. He said he is also interviewing employees at the company, which he wouldn't name. He would only say the lobster had been graded and were all high-quality, with each weighing around one kilogram.

Hubert Saulnier, a lobster fisherman in the area, says whoever took the lobsters likely had arranged a buyer and had a plan in place to off-load them since they need to be submerged in water or refrigerated if they are being transported elsewhere.

"With that many lobsters, I'm sure they had a market set up," he said from Saulnierville, N.S. "They had to have some kind of buyer who was willing to take the whole shebang. It's a live product and it's supposed to be kept in water. It's not like a bag of potatoes."

Judith Maxwell of the Scotia Fundy Inshore Fishermen's Association said people are eager to know what happened, with some speculating that the lobsters could have gone out of the province or are in a holding facility waiting to be sold when attention around the case dies down.

"They would be hot, same as if we were buying watches off the street!" she said from her office on the island. "They've certainly gone to the black market."

The theft followed a similar incident last month, when 14 crates of lobster were stolen from a secure compound on Morris Island near Yarmouth, which is about an hour away.

But he says there is little tolerance for theft in the area's age-old fishing community, a vital part of Atlantic Canada's billion-dollar lobster fishing industry.