'My precious': Canadian user watched 'Lord of the Rings' 361 times on Netflix 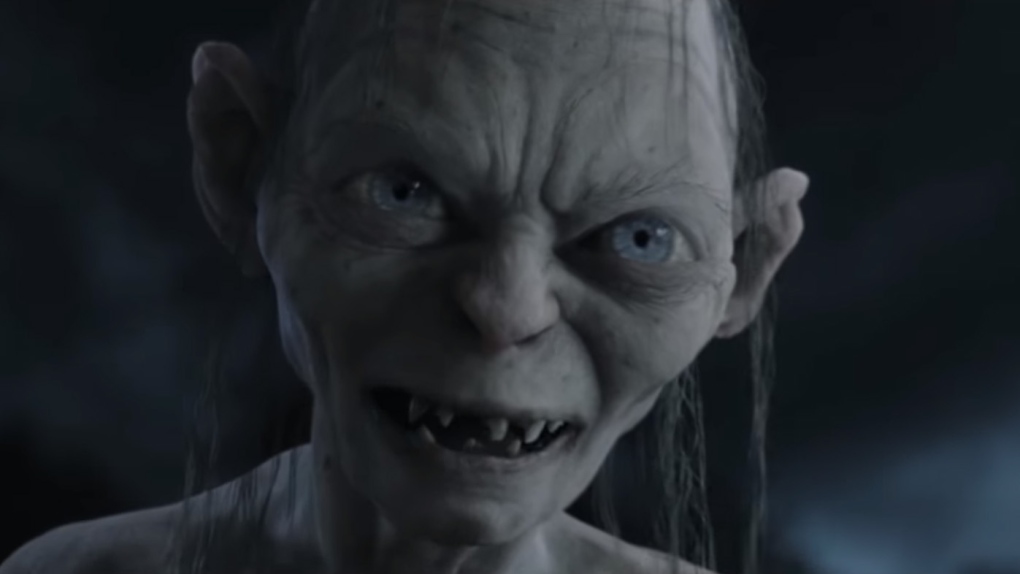 Gollum is shown in a scene from 'The Lord of the Rings: The Return of the King,' directed by Peter Jackson. (New Line / YouTube)

Netflix’s annual year-in-review report has revealed there are some truly bizarre – and dedicated – binge-watchers out there, including a Canadian who watched “The Lord of the Rings” nearly every day for a year.

The anonymous Canadian user apparently couldn’t get enough of “The Return of the King,” director Peter Jackson’s finale to his LOTR trilogy. He or she apparently watched the film a total of 361 times last year. Netflix Canada only shows the extended version of the film, which clocks in at 4 hours and 23 minutes per viewing. That adds up to 65 days, 22 hours and 23 minutes in Middle-Earth, assuming the user was actually watching the screen through all of it.

Another individual appears to be absolutely obsessed with “Pirates of the Caribbean: The Curse of the Black Pearl,” having watched the film a whopping 365 days in a row, according to Netflix. Perhaps they figured it was cheaper than a real Caribbean getaway.

Another group of users raised eyebrows at Netflix HQ in recent weeks, with their unexpected adoration for the new film “A Christmas Prince.”

“To the 53 people who’ve watched A Christmas Prince every day for the past 18 days: Who hurt you?” Netflix tweeted on Sunday.

Netflix users watched 140 million hours of programming per day globally, according to the service. Canadian users blasted through whole seasons of shows faster than any other country on the planet, and were the second-most frequent daily binge watchers, according to Netflix Canada. 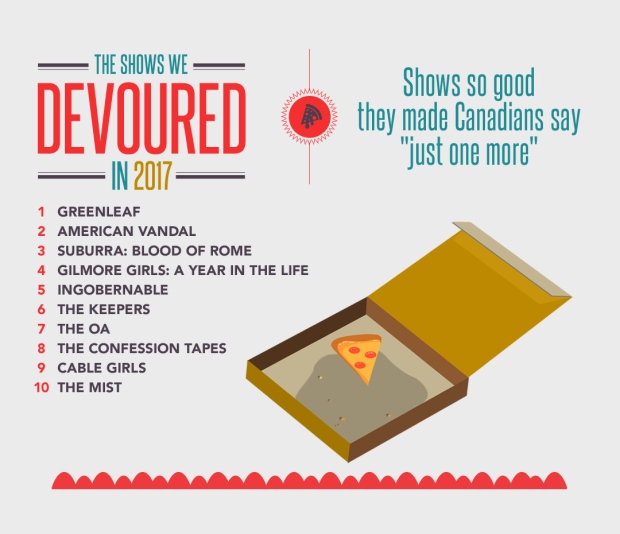 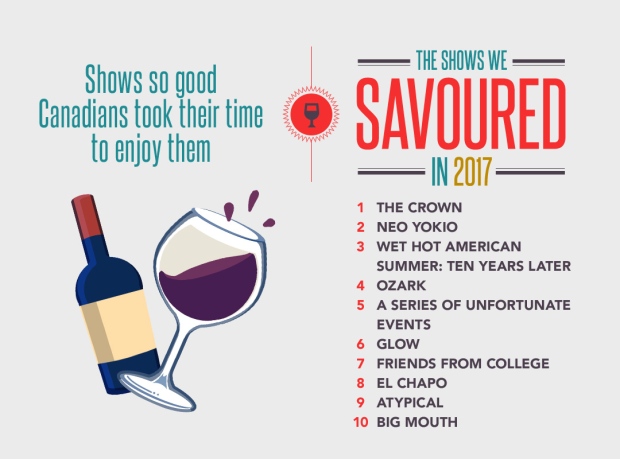 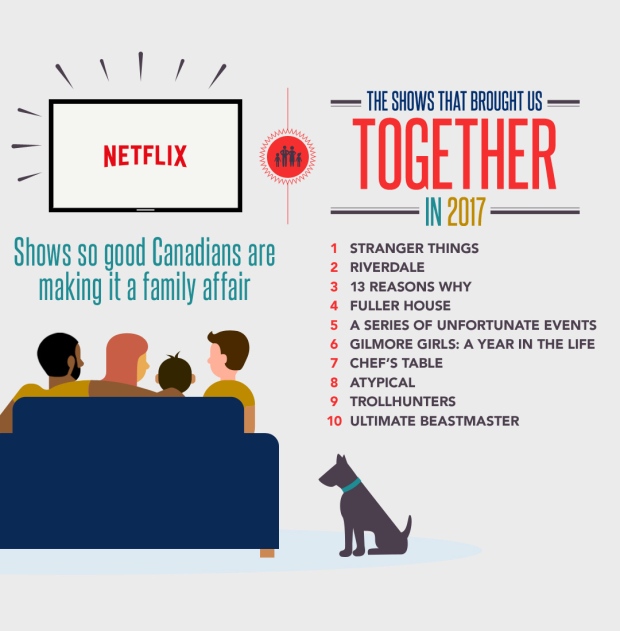 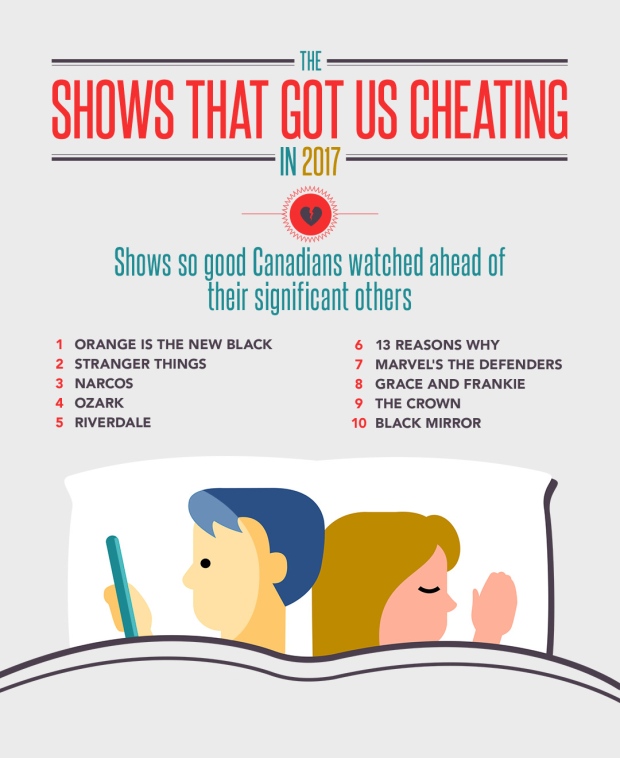